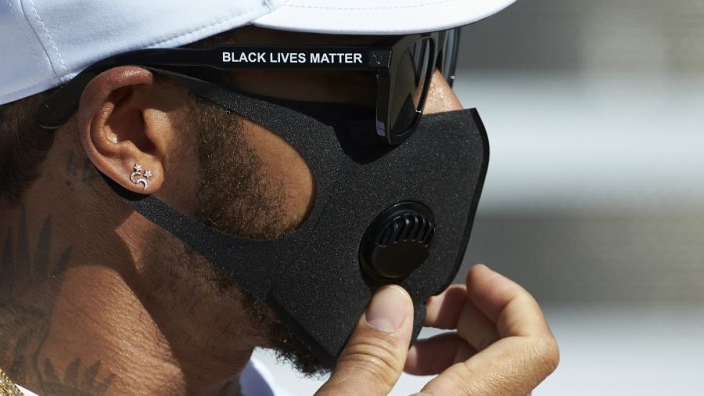 Lewis Hamilton worked hard in 2020 to fight racism. Formula 1 has joined this initiative through the initiative #WeRaceAsOne but according to the seven-time world champion, there is still a lot of work to be done in the area of ​​human rights.

When it was announced that Saudi Arabia would be on the calendar in 2021, the response was tough. Human rights are violated on a large scale in this country and that would certainly not fit with the Formula 1 initiative. The situation is not very good in China and Bahrain either, but these countries are on the list. calendar for years. According to Hamilton, Formula 1 has already made great strides in the past year, but there is certainly room for improvement.

“I think we’ve taken a step in the right direction, but we can always do more,” said the Briton. “Steps have been taken for the countries we visit, but it is important to ensure that this is properly implemented so that we are not only saying that we are going to do something, but that something is actually happening. screens do work. “Last season we saw the 36-year-old religiously roaming the grid in a ‘Black Lives Matter’ or ‘End Racism’ t-shirt before the start of a race. He knelt down, and with him several other drivers, to reflect on the fight against racism All of this came to life after the death of George Floyd in the United States.

New technical regulations can be postponed again until 2023read more

The violation of human rights is a major problem in the world and a problem that many people face every day. So Hamilton decided to really do something about it. “I want to try to have conversations and see how we can make a positive use of the presence of our sport”, quotes Motorsport.com. “Of course, human rights violations are a persistent and serious problem in some of the places we visit. This year [2020] I think this has shown how important it is not only for our sport but also for all sports around the world to use their platform in the fight for change. “