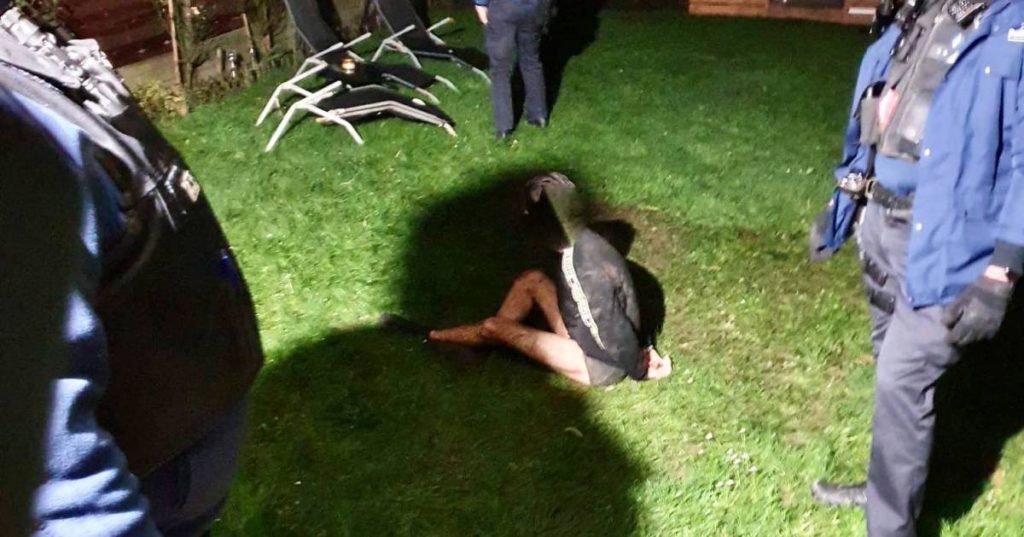 The Gered-Razvan family from the Belgian town of Zaventem were shocked on Saturday morning. It was already dark outside when suddenly a burglar showed up in their living room, without pants.

At the time, Marilena (53) and her six-month-old grandson were sleeping downstairs. Her husband Alexandru (50) succeeded in overpowering the man. “Unfortunately for the intruder, he got to the wrong house, my husband has been a police officer for 25 years,” says Marilena.

“I still don’t understand what this man came here to do,” said Grandmother Marilena. “It was 5:20 am. I heard a growl coming from the kitchen behind me. At first, I thought it was my husband who was getting ready to go to work. But when I turned around, there was a strange man standing there. He was wearing a sweater and socks, but no pants.

After hearing Marilena scream, Alexandru took action. He dragged the man out the back door and into the yard. There he was able to hold him while Marilena called the police.

“To enter through the back door, he first had to sneak into three other gardens,” explains his daughter Alexandra (24). ,, This is not an easy task, as they all have high fences. He had to climb over and around all obstacles like a cat. We also have lights that turn on automatically when there is movement in the garden, but it managed to avoid the sensor. The back door was just open, so our dog – who hadn’t noticed the intruder either – can get in and out.

Now that they’ve recovered from the initial shock, the family can laugh about it. “This is such a bizarre heist,” says her daughter Alexandra. “I don’t think he went out with bad intentions. Then he would have been better prepared. Unless he wanted to steal some pants, it is possible, of course,” she laughs.

Police came looking for the intruder after the report. “They suspect he is sleepwalking, but I don’t believe him,” said Alexandra. “From my job, I have experience with sleepwalkers. I think the man was previously under the influence or was not completely mentally well. He later apologized as well.

“Although in the end nothing bad happened, it was still a bad experience,” says Marilena. “Recently, there have been more and more burglaries in our neighborhood. We don’t like to make our cases public, but in this case, I hope it encourages other local residents to be vigilant.