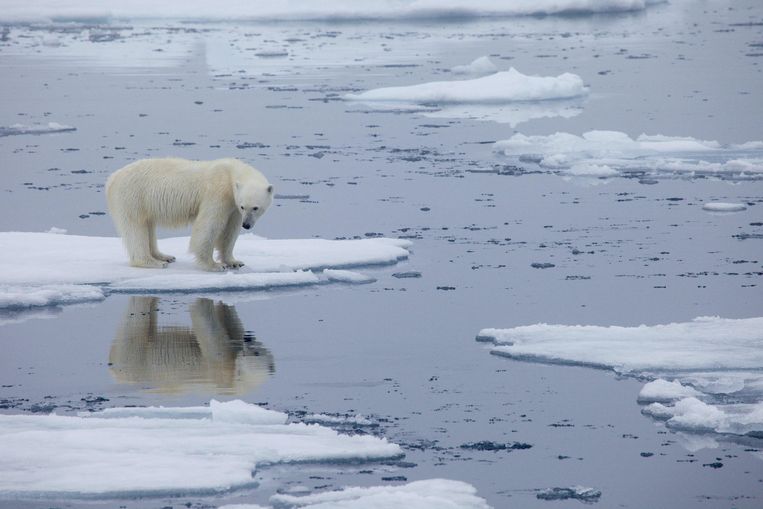 In the Atlantic Ocean, relatively warm surface water moves from the equator to the North Pole, where it cools and flows (because cold water is heavier) back to the equator through the bottom. The current of the Atlantic Ocean is called this circulation. And it passes through our European coasts in the form of the Gulf Stream, a continuous stream of relatively warm water from south to north.

The ocean current seems timeless, but it certainly isn’t. There were times in the distant past when this circulation declined. And it now seems to be happening again. In the past this was due to natural fluctuations, but now it is due to human action. This causes changes in the climate that bring the ocean current to a critical point.

The greenhouse effect makes the water in the oceans warmer. It’s not good for the traffic. But on top of that, melting glaciers and pack ice around the Arctic bring more fresh water to the Atlantic. And the increase in precipitation due to climate change provides an additional supply of fresh water from the land. More fresh water slows down the engine of the Gulf Stream.

We knew that the current of the Atlantic Ocean is weakening. But now it is becoming clear that he can tip over in no time. This emerges from the new calculations that the German climatologist Niklas Boers publishes in a professional journal Nature Climate Change. The calculations are based on a theory that was previously developed by, among others, Wageningen professor Marten Scheffer. It’s the tipping point theory, which you can find in every corner, from ecology and economics to climate.

The resting form was there in the ice age

In climate, the current of the Atlantic Ocean is one of the tipping points. Research on the history of the Earth’s climate shows that this ocean current has two stable forms: one active and the other at rest. The resting form was there in the Ice Age. The active form is now here. Because the two states are stable, ocean currents can move from one to the other in a relatively short time – several centuries. Due to climate change, we are already approaching that tipping point, says Boers, and faster than predicted in climate models.

The climatologist cannot say if and when this turning point will have passed, but the instability which announces a turning point is already a fact. The stopping of the ocean current will affect the weather conditions in the world: in Europe, it will mainly announce a new cold.

Not because of the climate, but because of social unrest, argue American archaeologists and a Dutch environmentalist. They see evidence in growth rings and broken skulls.