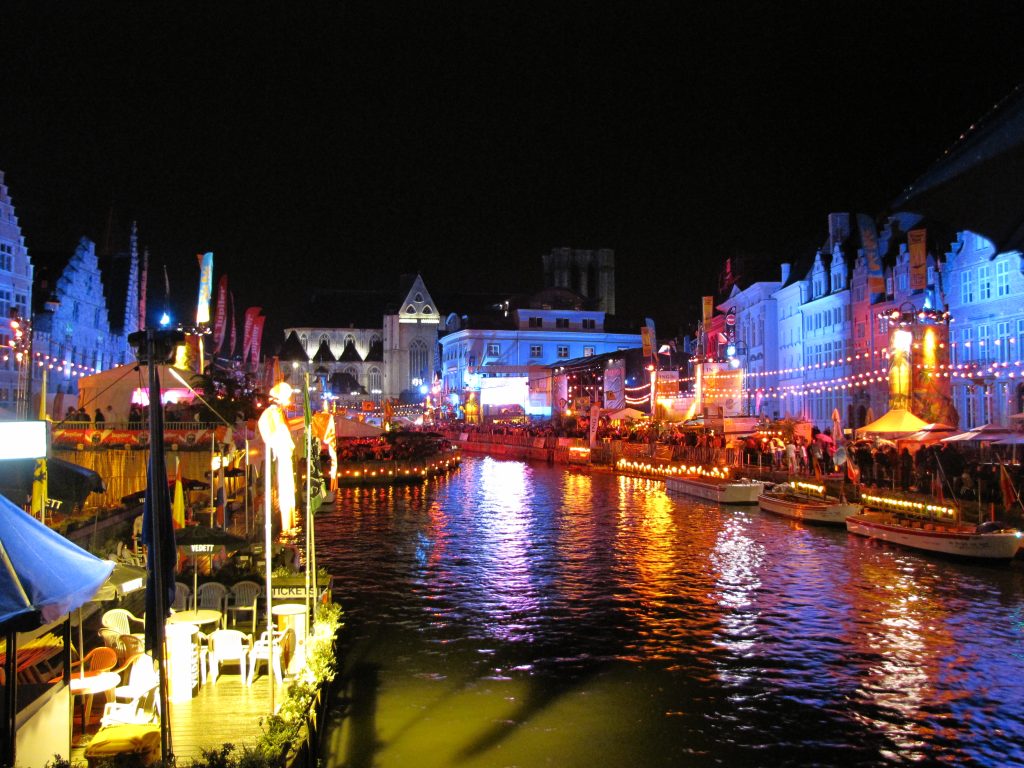 It will be exactly five years on Sunday since the traffic plan was put in place in Ghent, Belgium. A plan inspired by the Groningen approach.

In Ghent, there has been a lively discussion for several years. Due to increased traffic, the accessibility and quality of life in the city center was under pressure. Finally, a traffic plan was approved with the aim of relieving the city center of through traffic. “I mainly went to get mustard in Groningen”, says the alderman, Red.) Filip Watteeuw (Green) from Mobility. “It was introduced there already in 1977. Groningen was a real precursor.”

Cars prohibited from the city center
The plan that Watteeuw took to Belgium in 1977 was also not without controversy in Groningen. In order to improve the accessibility of the city center, part of Groningen’s politicians wanted to demolish parts of the city, with the old quarters to make way for high-rise buildings and wide avenues. With the traffic plan, of which Max van den Berg and Jacques Wallage are the initiators, another tactic is chosen. The car has been banned from the city center and parking spaces have been removed to make way for weekly markets in the squares.

Positive reactions in Ghent
In Groningen, many people did not like the plans. Shopkeepers feared it would cost business and police openly questioned whether all traffic measures could be checked. However, the plan worked surprisingly well. There was no chaos and forty years later, no one wants to go back to the old situation. The reactions in Ghent are also positive. Friends and foes agree that communication should have been better when it was introduced five years ago. And Watteeuw is a bit jealous. Because Groningen has now gone further by banning buses from the city center as well. Ghent is not that far yet.

Benni Leemhuis: “We sent a pot of Marne Mosterd to Ghent”
“I have a great story,” says Benni Leemhuis, advisor to GroenLinks. “Five years ago, Watteeuw also announced that he got the mustard in Groningen. As a group, we sent a pot of Marne Mosterd, because when we talk about fetching Groningen mustard, that’s what we’re talking about. He responded very kindly to this as we got a jar of Ghent artisan mustard sent back, haha. Since then, there have been contacts.

“What they did immediately took a very big step”
Leemhuis is impressed with Ghent’s traffic plan. “What they did is very impressive. They took a very big step with a good plan which they executed immediately and well. Look, the problem is the same, but the area in Gent on which the traffic plan is much bigger than what we were talking about in Groningen in 1977. They were inspired by us, but their plan also inspired us. And it’s a very nice interaction.

“Everyone wants a city center where they can have a good time”
The councilman also says that’s the beauty of partisan politics: “Every city is different, but almost all old cities have to deal with the same problems. More traffic and less room for quality of life. The fact that Groningen is an example is very nice, and I hope we can be the same for other historic cities. Because in many cities this question is on the agenda. What do you want your city to look like? Almost everyone wants a downtown where people can have fun, where they can play, where they can walk and cycle. It has become beautiful in Ghent.

“Ghent has a tram”
Then there are the jealous looks of the Ghent alderman. “Yes, make the city center bus-free. I have a slightly different opinion on this. Because it is important that the bus stops remain on, for example, the Zuiderdiep, that your city center remains accessible. The fact that the Grote Markt is no longer served by buses provides opportunities and leaves plenty of room to give it a different layout. But speaking of jealousy, Ghent has a tram, and we don’t (yet), haha.