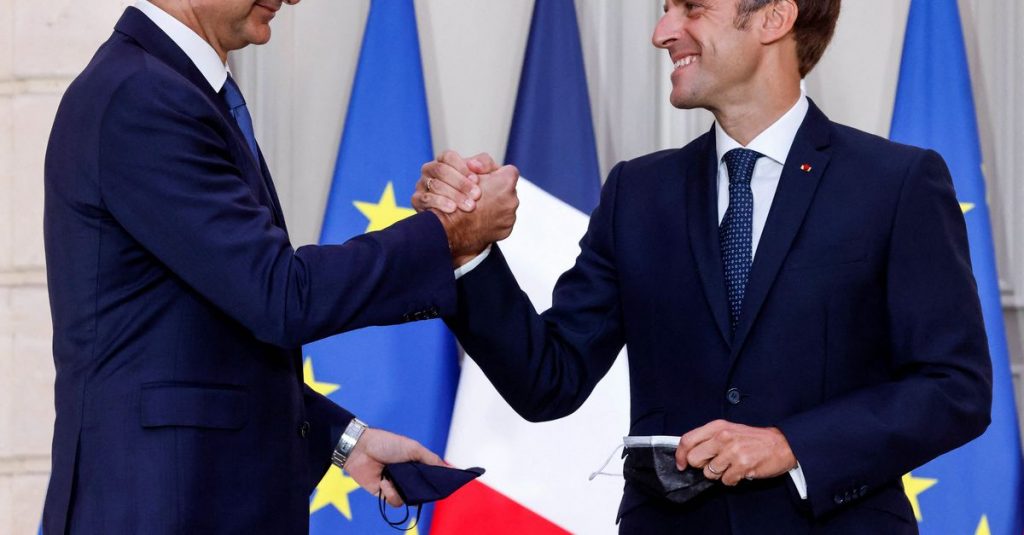 Greece will buy three new warships to be built from France. This was announced on Tuesday by Greek Prime Minister Kyriakos Mitsotakis at a press conference in Paris, Reuters news agency reported. The transaction amounts to around 3 billion euros. For France, the sale of ships represents a small financial windfall after the failure of a military agreement with Australia.

The agreement, signed by Mitsotakis and French President Emmanuel Macron, aims in part to promote European military cooperation. France, in particular, is pushing for more cooperation in order to improve Europe’s position vis-à-vis the United States and China. According to Macron, the agreement contributes, among other things, to European peace and security, according to Mitsotakis, the agreement “will link countries for decades”. He spoke of a “historic day for Greece and France”. The contract stipulates that Greece can buy a fourth vessel from France.

€ 3bn deal overshadowed by € 56bn France and Australia had agreed for the purchase of twelve submarines. The Australian government canceled the deal earlier this month, unexpectedly for France, due to the Aukus pact with the United States. Part of that pact is that Australia will have a fleet of at least eight nuclear-powered submarines. In France, the sale was called the “contract of the century”. According to French Foreign Minister Jean-Yves Le Drian, France was therefore “stabbed in the back”.