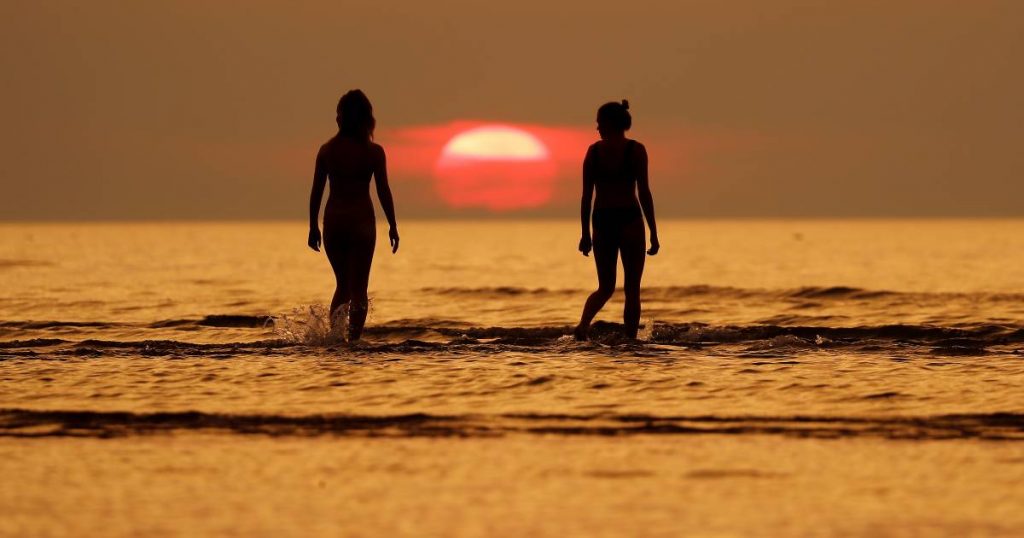 The temperature will skyrocket in Greece from tomorrow as warm air will be brought in from the Sahara. The mercury could already rise locally to 41 degrees Wednesday. The heatwave is expected to last until early August. Even after the sun goes down, people will no longer be able to rely on the cooling. The mercury is also not expected to drop below 25 or 26 degrees overnight from Tuesday.

It’s very hot, also notes the meteorologist Yannick Damen Weather Square. “In fact, it’s 40 degrees several times a year. These values ​​are in fact always reached inland, due to the influence of the sea, it is normally cooler on the islands. You can see it now.

The islands of the Aegean and Ionian seas can count on highs of 35 to 37 degrees in the coming days. “It’s still tough for holidaymakers there, especially because we’re not really used to those kinds of temperatures like the Dutch. Fortunately, it is windy, which means that the perceived temperature is slightly lower.

Sustained heat can have harmful effects on human health. In addition, there is concern that forest fires will spread quickly. There has been little rain in recent weeks and strong winds are forecast.

Earlier this month, Greek firefighters managed to bring dozens of forest fires under control despite high winds. The Civil Protection Service had previously warned that the danger was not over and that new forest fires could break out due to weather conditions.

Greece faces forest fires every summer, fueled by dry weather, high winds and temperatures often well above 30 degrees. In 2018, 102 people died in the coastal town of Mati, near Athens. According to Greek media, 179 fires were caused by negligence last year and 26 were started deliberately.

At least the heat is not coming to us. He remains in the Netherlands inconstant at the moment with a daily chance of showers and especially from Wednesday to Friday also a lot of wind. In addition, it will gradually become less hot with temperatures of around 20 degrees this weekend for example, normally it is 21 degrees in the northwest at the end of July to 25 in the southeast.

A state of emergency has been declared in Sardinia due to the forest fires: