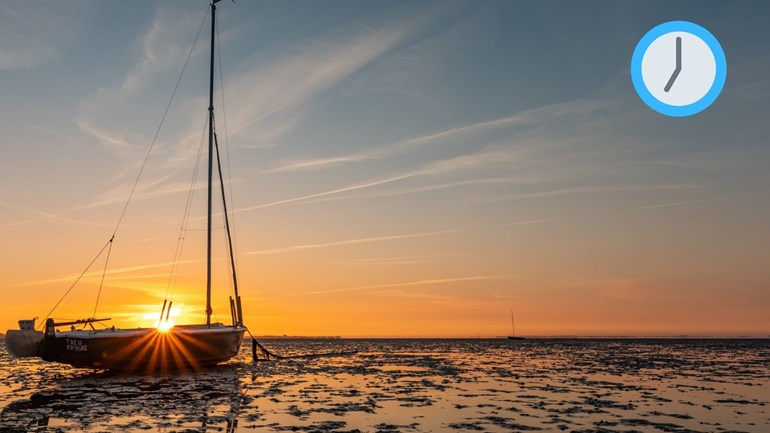 We’ll start with PFAS, as the last word has yet to be said on this. If it belongs to Sportvisserij Zuidwest Nederland, the PFAS case will be discussed as soon as possible. The Zeeland Sport Anglers Interest Group fears negative consequences for sport fishing in the Western Scheldt. “I want to see the urgency in this file,” says Björn Schutz, director of Sportvisserij Zuidwest Nederland. Schutz is troubled by “the lack of clarity due to the lack of research”.

Today we are also diving into a bunker. Not literally, because that’s not possible at the moment. A historic bunker is hidden under a flower bed on Boulevard de Vlissingen. This bunker must be restored to its former glory, according to the two political parties of the municipality of Vlissingen and the Bunker Preservation Foundation. FL 241 is the last bunker of the Britannia complex in Vlissingen. The bunker was designed by the German armed forces during the Battle of the Scheldt. In 2000, the bunker was closed and buried because parking was provided. This garage did not materialize, so activists say it’s time to bring the bunker to the surface.

Do you keep your feet dry?

If Zeeland is flooding, will you keep it dry at home? Research shows that almost half of all homes in Zeeland do not have ‘dry soil’, so soil that you can go to with your family in the event of a water disaster. Here you can find out if your house is on a dry point.

Also the animal news this Friday: a fallow deer has been walking for a week in Der Boede in Koudekerke. The animal uses all its charms to conquer the does of the deer park, because it is the rutting season. It not only attracts the attention of the deer, it also attracts the necessary human attention. There are a lot of calls from concerned people who think the money has escaped the camp. This is unnecessary because the animal is wild.

The morning starts well, clear and sunny. A cloudy front will come from England later in the day so there is a risk of rain in the afternoon. It will be around 16 degrees.