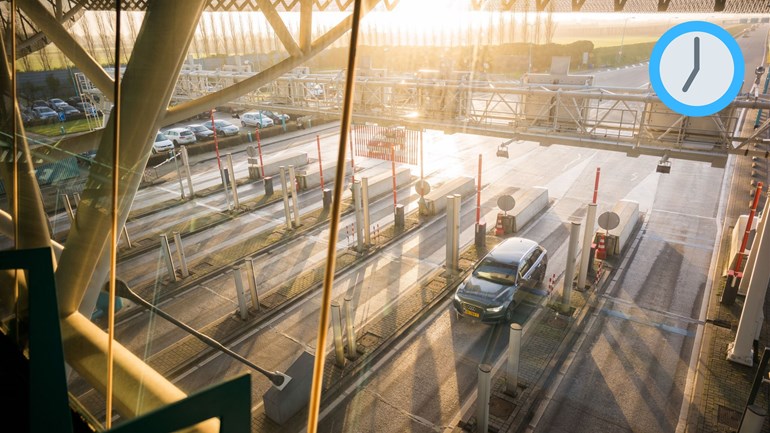 You might have expected to hear a date yesterday when the Westerscheldetunnel will become free. You have to be patient: at the end of the afternoon a letter will be sent to the House of Representatives and to the Provincial Council with greater clarity. According to Commissioner Harry van der Maas, this letter will also contain a date.

Maarten van Rossem is visiting Vlissingen today. The Schelde 38 steam crane, which is back at the Scheldt site, will be officially unveiled today by Van Rossem. He is the boss of the foundation that brought the crane back.

Today rapper Bas de Meijer from Vlissingen is releasing his new single. He did the song with Diggy Dex and he’s very proud of it. with the song When I’m no longer there He also immediately broaches a serious subject. Want to know more? Just after 7:30 am, we talk to him on Omroep Zeeland Radio.

Bzzz …. bzzz …. you thought a fly in your house was already annoying? Residents of an elderly residential complex have to drive thousands of small grass flies from their homes every day. A resident even sleeps every night with a towel over his head, so that flies do not fall into his mouth.

We also have some TV tips for you this weekend. As of today, The Battle of the Scheldt, which was partly filmed in Zeeland, can be seen on Netflix. And if you watch TV on Sunday at 8:50 p.m. you will see our province go by on the show Waes Travel on NPO3. In the first episode of this season, Tom Waes van Zeeland travels from North Brabant to find himself in Limburg.

Enough of Zeeland on TV. By the way, did you know that Zeeland is often the setting for a movie? In fact, in Zeeland there is a good chance that you live on or near a film location. For example, these films were shot in the provinces.

The weather will be cloudy this morning with some possible rains in the early hours. There may also be a few showers around noon, but later in the afternoon the weather should clear up and the sun should show for a while. It will be about 15 degrees. For water sports enthusiasts and sailors among us: the wind turns from southwest to north.