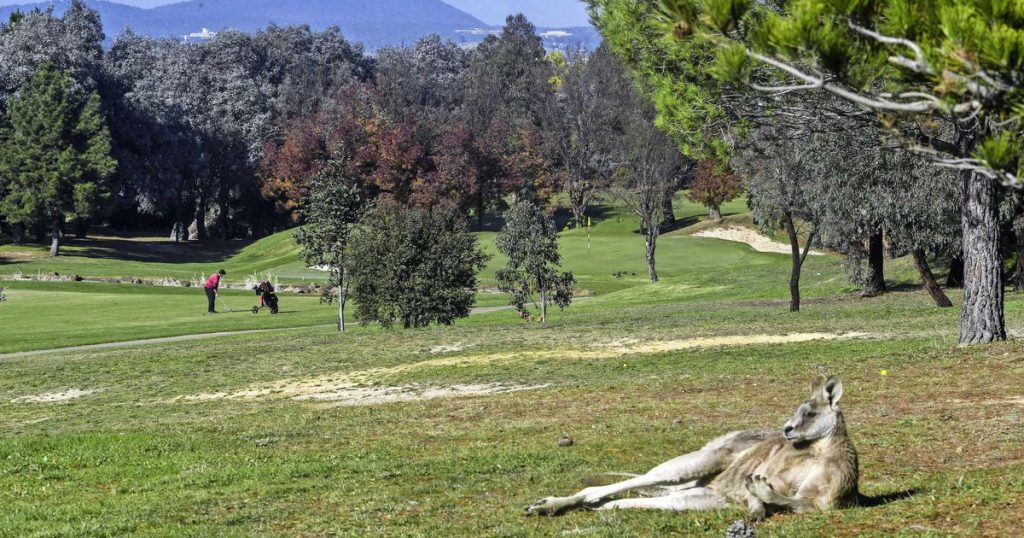 The animal first kicked the unfortunate woman and then repeatedly stomped on her, the ambulance service reported. The woman was taken to hospital, where she will have to recover from the attack for several days.

It is absolutely not known why the animal attacked the golfer. “She was just walking down the fairway to the green when the animal attacked from the side,” ambulance chief Joel McEwan told multiple Australian media outlets. “Without warning, at 9 a.m..”

Kangaroos are often seen on Australian golf courses, but it’s rarely a confrontation. Picture for illustration

“She fell down the first set of stairs and then she was stepped on multiple times,” McEwan said. As abruptly as the attack had begun, the animal abruptly stopped stomping, turned around and jumped up again.

The woman was severely beaten and suffered injuries to her face, head, arms and legs. She was conscious when she was taken away. The facial wound had to be sutured anyway.

Kangaroo attacks are rare, but the animals are often spotted on golf courses. In October last year, a video of amateur golfer Wendy Powick went viral in which she was curiously approached by a large group of kangaroos as she wanted to play. It happened on the same track, by the way.

The Australian Golf Association even explained what the rules say if a kangaroo bothers the golfer and shared this Instagram post from a lazy morning on a golf course.