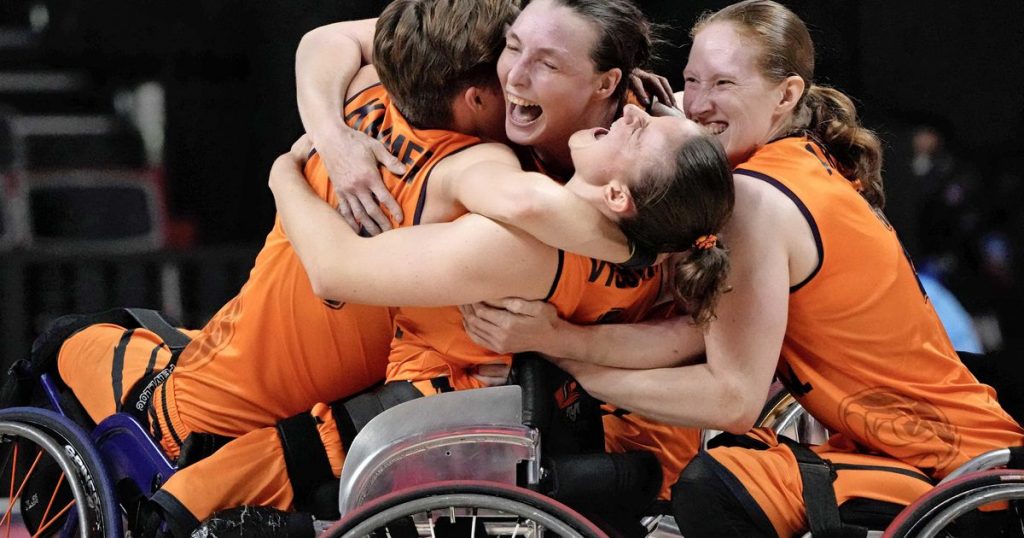 Bo Kramer had an important part in the victory with fifteen points and Jitske Visser took twelve points. After the slightest first quarter, the Netherlands scored ten points in a row and thus regained the initiative. The Dutch won bronze in London 2012 and Rio 2016. In 2018, they became world champions. The wheelchair basketball players have also become European Champions twice.

“I still can’t believe the gold is around my neck. But we have it, “said Mariska Beijer, 30, in disbelief.” It was a really cool game to play. Our defense was great and offensively it went well. Everyone made very important scores. and I’m proud of it. We outclassed China at one point and won so big. “

Wheelchair tennis player Tom Egberink was unable to do a stunt at the Paralympic Games. Japan’s Shingo Kunieda, number 1 in the table, was clearly too strong for the Dutchman, who placed eighth in the final. The established scores were 6-1 and 6-2.

Kunieda was already Paralympic champion at the Beijing 2008 and London 2012 Games. Egberink, 28, from Dalen in Drenthe, was only able to resist in the initial phase.

Egberink already had bronze in his pocket, with Maikel Scheffers conquered in the doubles tournament.