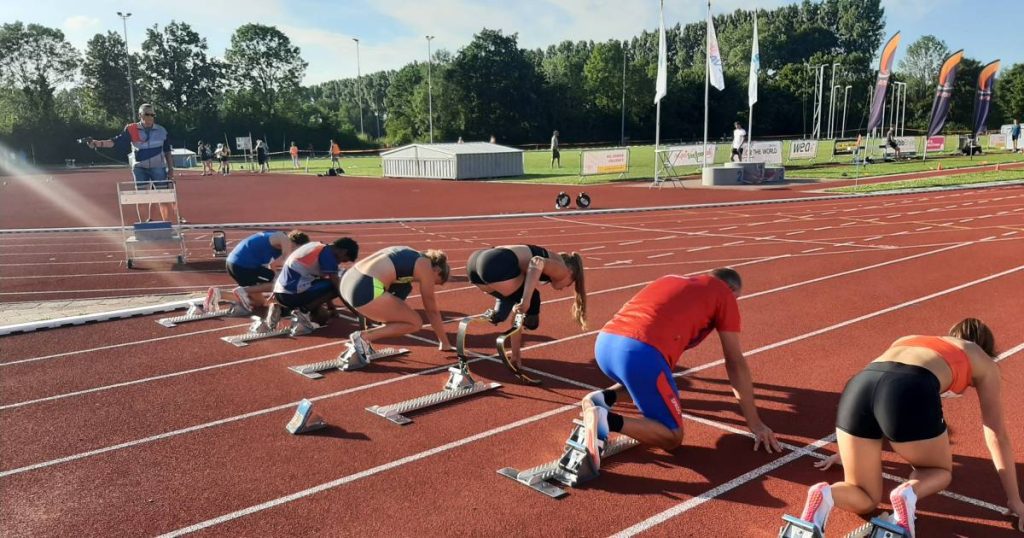 GOES – AV’56’s athletics event, Goes on Track, is gaining recognition. This was reflected in the fine field of participants on Friday evening. Runners, javelin throwers and long jumpers came from afar – even from France – to the track at the Het Schenge sports park.

At Goes on Track, they said to themselves: what is possible at the Fanny Blankers Koen Games must also be possible here? At the high-level international sporting event in Hengelo, Fleur Jong, Paralympic long jump champion, competed among the able-bodied athletes. Marius Dek, former coach of AV’56 and man with many connections in the country, then sent him an email. To the question of whether she also wanted to come to Goes.

Jong himself was unable to do so; it didn’t fit into his schedule. But quite a few athletes in his training group were interested in it. Paralympic medalist Marlene van Gansewinkel and multiple Dutch champion Kiki Hendriks stood on their blades at the start of the 100 and 200 meters. Between able-bodied athletes. And it matched perfectly.

Noelle Roorda, good for silver at the Paralympic Games, even won the javelin throw in Goes, with a distance of more than 37 meters. He is missing a forearm, but has thrown his other arm farther than other (capable) athletes.

At Goes on Track, there are not only profit bonuses, but also cash prizes for athletes who break track records. Friday evening, the additional 100 euros were paid several times.

Tommy Staal from Zierikzee knew he had to be able to dive below 1.55.15 in the 800 meters, a time that had been in the books at Goes since 1990. With his pr of 1.51.46 it was a piece of cake… But he also wanted to attack that time and even had a hare at his disposal. Aron Schott from Burgh-Haamstede took the field for the first 400 meters. Then Staal continued strong, but in the final meters he collapsed. At 1.53.56, he had that bonus, but not a new personal best time.