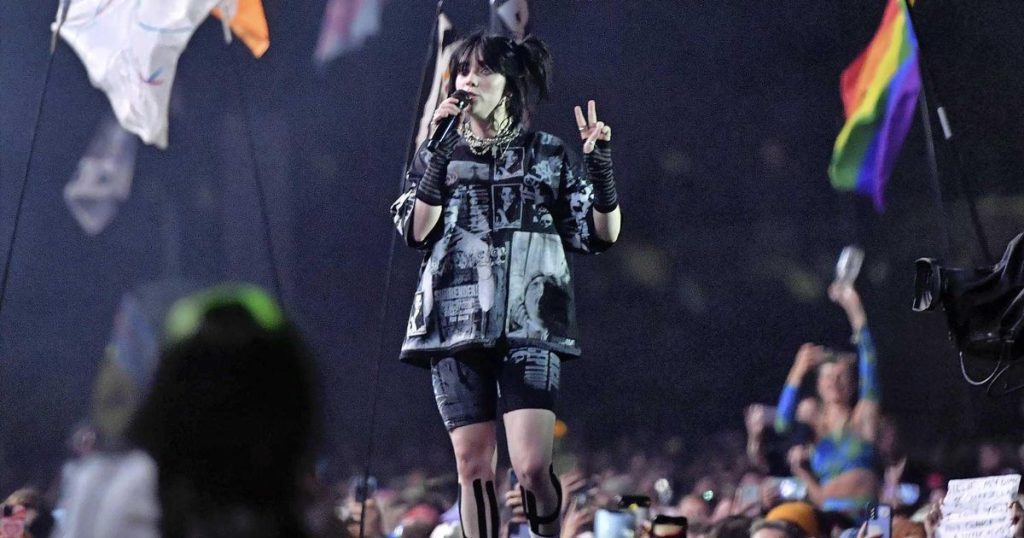 During her performance, she said that although she was proud to perform at the world famous British festival, she was emotional and it was “a dark day for women in America”. “I can’t say more about it. I can’t bear to think about it.

Singer Lizzo has decided to donate $500,000 from her upcoming special tour to various abortion organizations. Live Nation, which is promoting its tour, is making the same contribution, bringing the total to $1 million. The money will go to the organizations Planned Parenthood and Abortion Funds, among others. “The most important thing is action and strong voices. Organizations like Planned Parenthood and Abortion Funds need the money to continue providing services to those most disadvantaged by this ban.

Several well-known artists have expressed themselves on social networks. For example, Selena Gomez wrote that it is “horrible” that a “constitution has been taken down”. “A woman should have the right to choose what she wants with her own body.” Actress and activist Alyssa Milano believes the statement “disproportionately” hurts “people of color”, the LGBTI community, the poor, young people and “people living in rural areas”. “It’s a sad day for America.” Amy Schumer took to Instagram to say she was freaking out, in a ruling noting that just days ago the Supreme Court ruled that ‘bearing arms is a fundamental right and cannot be left behind. to the states, when it is now thought that the fundamental right is on abortion can be left to the states”. The group Pearl Jam also stated: “Nobody, neither the government, nor the politicians, nor the Supreme Court should restrict access to abortion, birth control and contraceptives.”