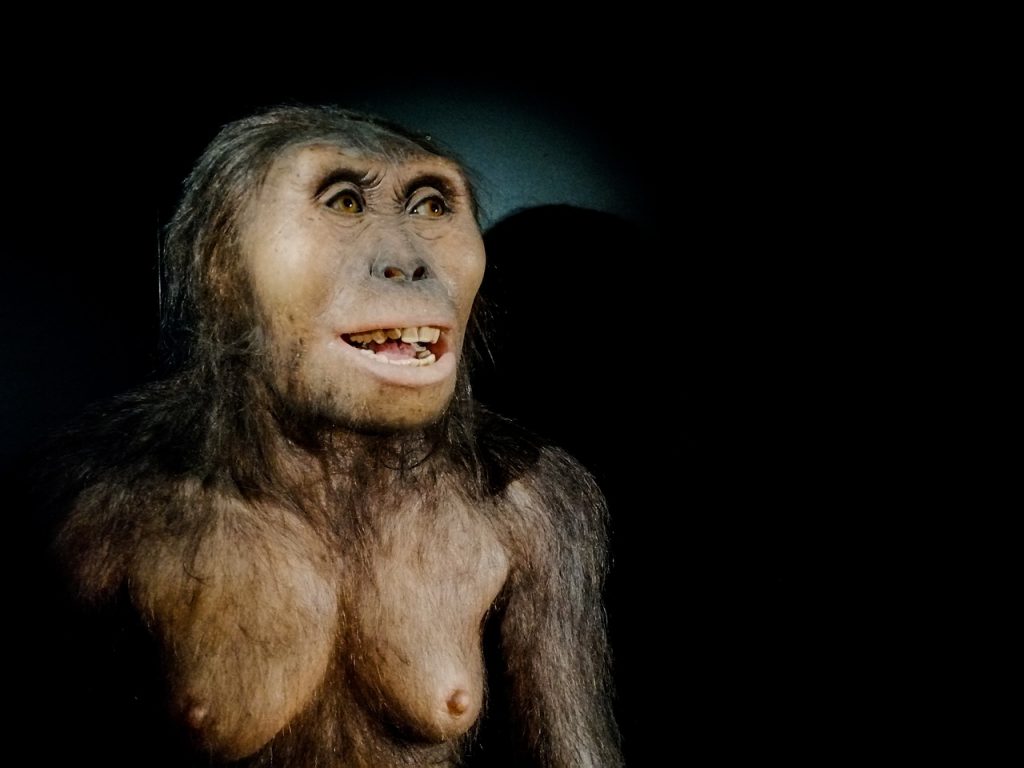 How could the man walk upright? Paleoanthropologist Jeremy DeSilva describes it with passion in this science page turner.

Footprints have been found in northern Tanzania. There are two tracks 24 meters long. If you look closely, you will find that not two people were walking, but three: a smaller pair of feet followed exactly in the footsteps of its predecessor. Maybe two parents went out with their son or daughter.

So far, this image is not that special. Until you read the age of the tracks: 3.6 million years. The tracks are preserved in fossilized volcanic ash. Paleoanthropologist Jeremy DeSilva describes the scene so that it is crystal clear in front of you. Was the trio that made the song scary? Did ash flakes fall on their heads while they were looking for water? Did the smaller ones follow in the footsteps of the older ones to hide how many there were?

The tracks in Tanzania are the oldest example of bipedalism in humanoids. In First steps DeSilva describes how we humans started to walk upright, how it colored the history of our species, and how it’s actually a little miracle that we took this step. There are many drawbacks to life on two legs: you are vulnerable, lame fast and slow.

First steps is the story of a scientist pleasantly obsessed with his research subject. DeSilva talks about expeditions, colleagues and moments of reflection. He reflects on how he would travel with a time machine in the days of Lucy, the famous Australopithecus afarensis who lived 3.2 million years ago, to measure the pressure she put on her joints.

Although we do not know of course how our ancestors lived, the author tells their life as if it were there. He manages to combine hard facts and that bit of whimsy in a respectful way, so that science remains unscathed in a book that has become a real page turner. DeSilva is a passionate scientist and a true storyteller.

After reading First steps you are more grateful than ever for your crooked feet, legs and bones that allow you to walk straight. If you are even interested in human evolution, this accessible book is a good first step.