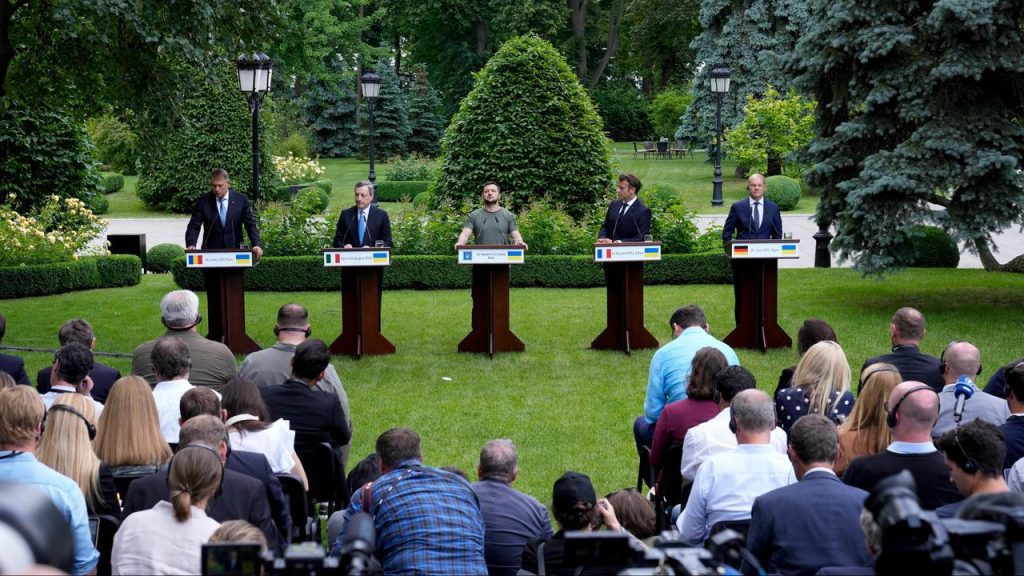 The leaders of Germany, France, Italy and Romania are in favor of Ukraine’s rapid accession to the European Union. They said that on Thursday during a visit to the Ukrainian capital Kyiv, reports the news agency ap. On Friday, the European Commission will issue an opinion on Ukraine’s membership application.

Scholz confirmed Macron’s support for Ukraine. The leaders also promised that Moldova could join in the near future. Iohannis also advocated for Georgia’s membership. “We have reached a turning point in European history. Extraordinary times call for extraordinary strategic and visionary responses,” said the Romanian president.

During the visit to Kyiv, the leaders of the four countries also met with Ukrainian President Volodymyr Zelensky. PA speaks of a visit with “a heavy symbolic charge” because Germany, France and Italy have been accused in recent weeks of being too lenient with Russian President Vladimir Putin.

Zelensky said at the press conference that he was pleased with the visit of European leaders. According to him, this shows that Ukraine is not alone in the fight against Russia. “It confirmed the visit of Macron, Scholz, Draghi and Iohannis today,” Zelensky said.

Their statement of support comes a day before the European Commission is due to issue its opinion on Kyiv’s bid for EU membership. Next week, leaders of EU countries will discuss this advice at a summit.