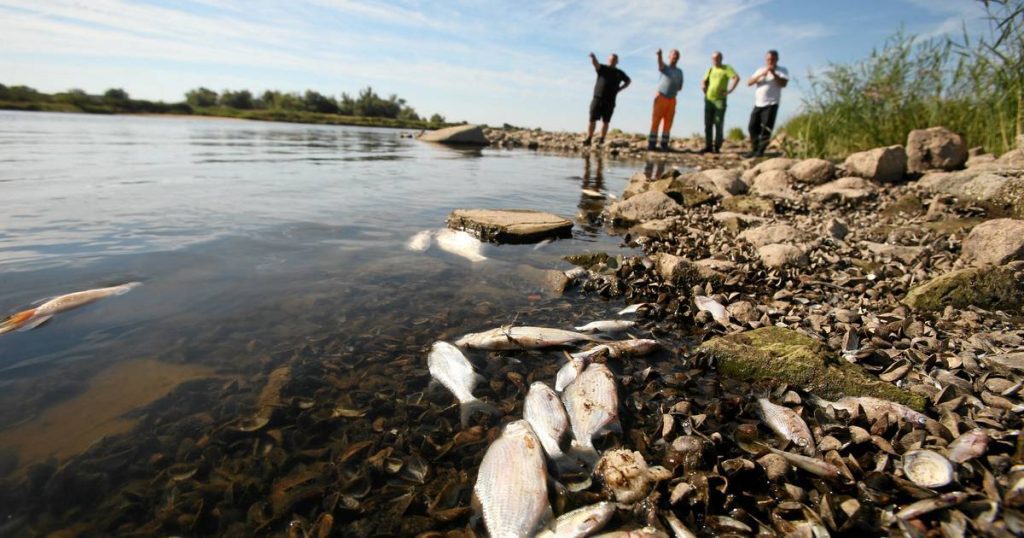 The Oder flows into Poland and Germany. According to Polish media, the first reports of fishermen finding dead fish on the banks of the river appeared at the end of July. Authorities report that thousands of dead fish have been found so far, first in Lower Silesia but now further north near Lubuskie province. Several tons of dead fish had already been removed from the river.

The oxygen content in the water is higher than typical summer oxygen concentrations, according to measurements. It is possible that a substance with strong oxidizing properties has entered the water, the competent authorities announced last week. In addition, the toxic substance mesitylene was found in two places. People are advised not to bathe in the river.

Poland and Brandenburg think the fish died of poisoning. It could be a substance containing mercury, as has now been discovered. Poland does not want to draw any conclusions yet. “So many substances have been found that could have caused the fish to die that we cannot say what caused it now.”

There is frustration in Germany because, according to the Germans, the poison comes from Poland. “And this was not reported by the warning systems, so we could only react when we saw dead fish,” said the head of Brandenburg’s environment department.