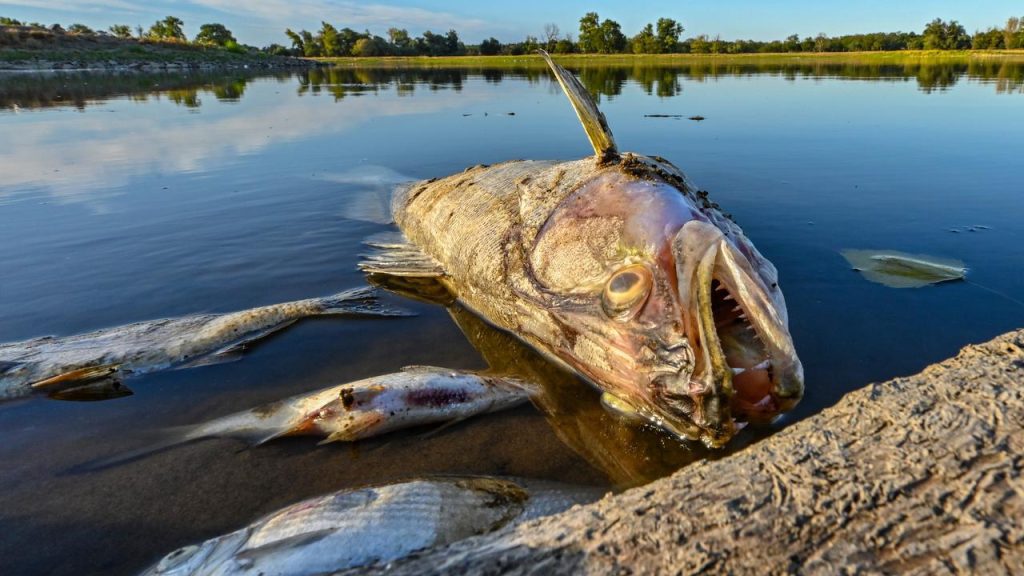 Germany and Poland are doing everything they can to find out what is causing the massive fish kills in the Oder. Countries suspect the water has been poisoned. Germany is thinking about mercury. The Polish army helps clean up the carcasses.

The Oder flows into Poland and Germany. Tens of thousands of dead fish have been found since this week. People are not advised to swim in the river or touch the water. Countries are warning of an ecological catastrophe.

The environment ministry of the German state of Brandenburg says mercury was found in the river. According to the Germans, the poison comes from Poland. “And this was not reported by the warning systems, so we were only able to react when we saw dead fish,” said the Brandenburg Environmental Agency.

Poland is also thinking of poisoning, but says it needs until Sunday to analyze water quality data. “So many substances have been found that could have caused the fish to die that we cannot say what caused it now.”

According to Polish Prime Minister Mateusz Morawiecki, it will be years before the life of the river is restored. He considers it likely that huge quantities of chemical waste have been dumped into the river. He also said that the perpetrators will be found and punished.