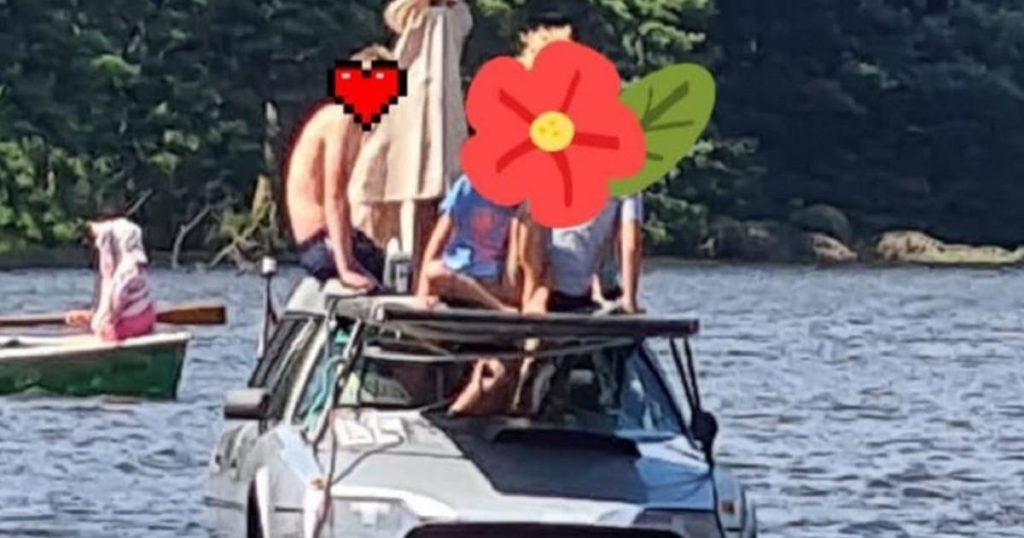 A Dutch family vacationing in southern Germany will long remember their boat trip with an amphibious vehicle they built themselves. The father, mother and four children were chased by police on Friday for cruising on a river where self-propelled boats are prohibited. The officers struggled with their unusual operation, but they finally put an end to the water fun.

“Not a flying Dutchman but a sailboat launched a police action in Viechtach”, the Bavarian news channel BR24 begins the story of the remarkable incident. This took place on the Zwarte Regen river near Viechtach, about 177 kilometers northeast of Munich. After the police received a report of a “strange vessel”, they withdrew. Not having a boat of their own, the officers borrowed an electric boat from a private individual. With this they started the hunt, but it soon ended due to an empty battery.

The police then called in the Viechtach water rescue service. He led the officers to the “foreign ship”. They eventually managed to overtake near the Höllensteinsee near Pirka. An inspection revealed that the “amphibious vehicle” did not have a gasoline engine, but an electric motor. Officers told the 54-year-old Dutchman that private motorboats are generally not allowed on the river and have drawn up a report for several violations of the water and navigation law.

The family then left the water with their boat. The police informed both the prosecution and the district office of the case.

Meeting with an amphibious vehicle

According to the Austrian public broadcaster ORF, the “Dutch under sail” were on their way to a European meeting of amphibious vehicles in Innviertel, the region south-east of the Inn River just beyond the German-Austrian border.