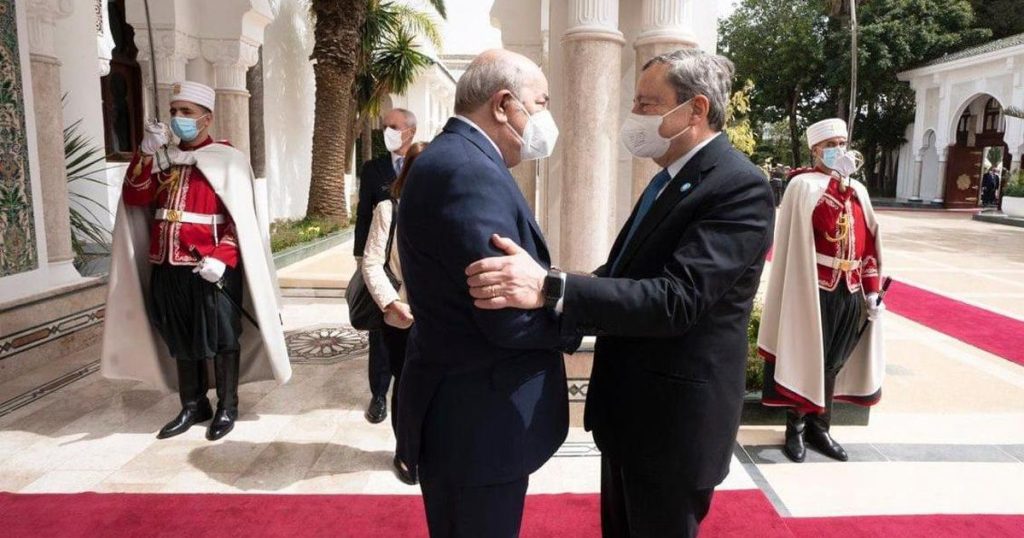 Italian Prime Minister Draghi signed an agreement Monday in Algiers with Algerian President Ambelmadjid Tebboune and the Algerian gas company Sonatrach with an impressive Italian delegation, including two ministers and the CEO of the Italian gas company ENI. Italy will import nine billion cubic meters of additional gas from the country under the deal. A general energy cooperation agreement between the two countries was also signed.

Last year, Sonatrach had already exported 21 billion cubic meters of gas from Algeria to Italy via the TransMed gas pipeline which goes to Mazara del Vallo in Sicily. This makes Algeria the second country from which Italy imports gas. Until now, Russia has always been Italy’s largest gas supplier. Nearly 40% of the gas in Italy came from Russia.

Last Thursday, Prime Minister Draghi received Prime Minister Rutte in Rome. At the time, both expressed the wish to reduce dependence on Russian gas as much as possible.

Draghi said immediately after the Russian invasion of Ukraine that he wanted to speed up the search for alternative gas suppliers so families and businesses in need could be helped.