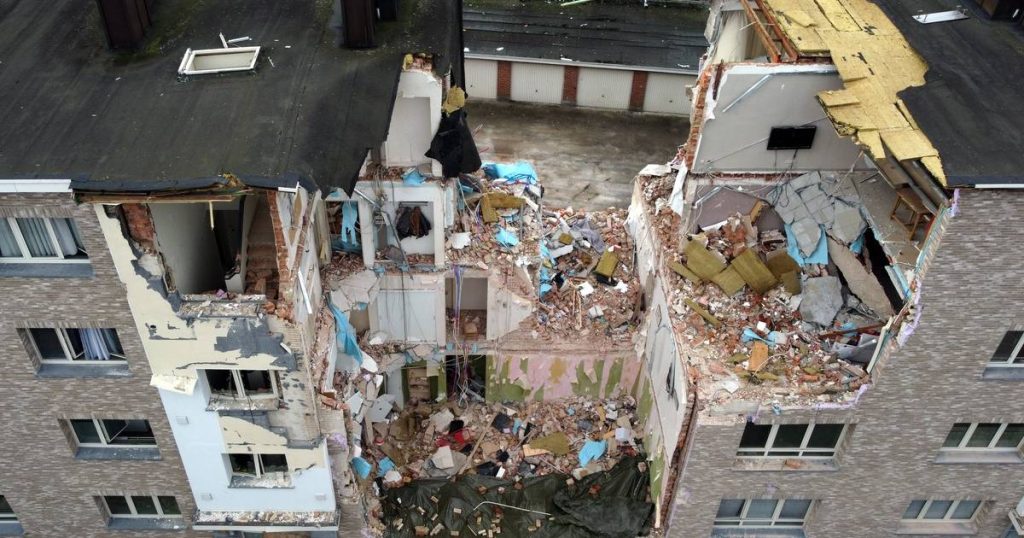 The Belgian Turnhout will not have forgotten the last day of 2021. That morning, there was a gas explosion which not only wreaked havoc, but … also claimed the lives of four people. The cause of the explosion remained uncertain for the moment, but the public prosecutor has now announced that an error in installing a gas fireplace could be the cause.

The inhabitants of the Boeren Krijglaan in Turnhout had imagined their New Year’s Eve differently. At around 8.15 am, the neighborhood was surprised by a particularly violent detonation which could be heard outside Turnhout. Shortly after, it turned out that there had been a gas explosion in a building placed by a social housing company.

According to some witnesses, the fragments flew all around. Cars parked more than 100 meters away were damaged by the debris. “The apartments of my neighbors to the left have been completely swept away,” said one of the residents.

Four floors of the building have indeed completely collapsed. The facade was blown away and from the street side you could see through the building. A few crooked coat racks remained in place, but most of the furniture, rubble and glass were blown in all directions. Almost nothing seems to survive of the middle building. A neighbor had previously said he noticed the smell of gas, but he did not report it.

The Belgian police have drawn up a list of addresses where a dangerous situation could also arise. It concerns 11 places in Antwerp, Deurne, Wilrijk, Kontich and Schaerbeek, where checks were also carried out on Monday evening.

The cause of the explosion remains uncertain and needs to be fully investigated. The prosecution has appointed a fire expert to investigate the situation. Now it is said that an incorrect installation of the gas fireplace may have caused the explosion and there could be similar issues in several places.

“Since it cannot be excluded on the basis of the data in the current state of the judicial investigation that the explosion could possibly be the result of a technical problem with the external installation of a gas fireplace and in order to to exclude any risk, it was immediately decided to take action, ”it looks like.

On behalf of the Belgian public prosecutor, the police have drawn up a list of addresses where a similar dangerous situation could arise. It concerns 11 places in Antwerp, Deurne, Wilrijk, Kontich and Schaerbeek, where checks were immediately carried out Monday evening by local police zones in collaboration with firefighters and public service companies.

The judicial investigation is then carried out by the direction of the judicial police of PZ Regio Turnhout, headed by the investigating judge. Four people were killed in the explosion. They are a couple of 60 years and 70 years and a couple of 72 and 79 years. An online bereavement registry was opened for the victims and a minute of silence was observed last Friday.