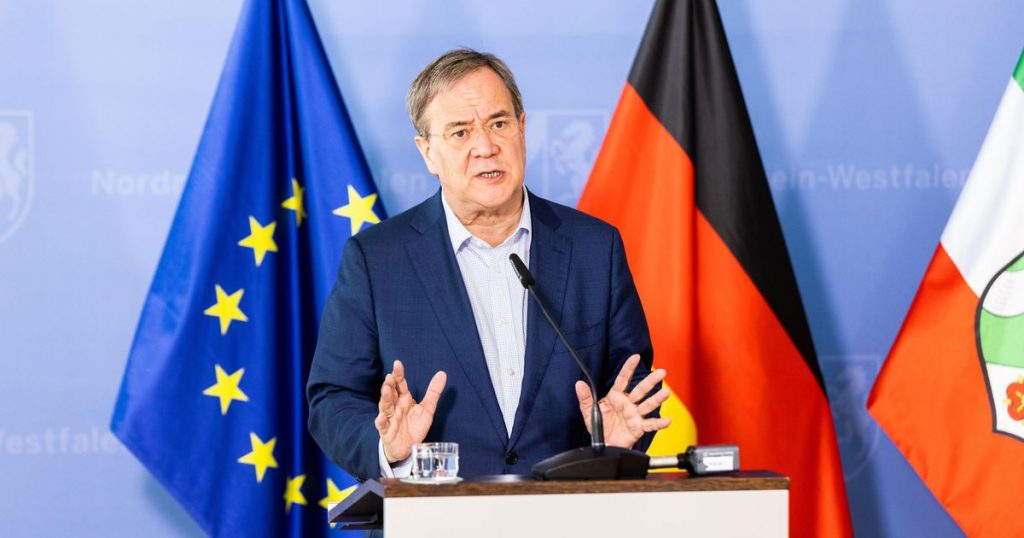 Laschet, party chairman of the CDU and party leader for the upcoming elections, is criticized for his role in the recent floods in Germany. He was filmed laughing and chatting in the hard-hit town of Erftstadt, while in the foreground President Frank-Walter Steinmeier expressed his condolences to the victims.

The party leader apologized via Twitter the same evening, but that did not stop the German media from criticizing his behavior. Der Spiegel wondered if Merkel is really handing over the chancellor to someone who cannot control herself. Der Tagesspiegel said that would never have happened to Merkel.

The floods seem to put the climate back on the political agenda. A poll carried out by broadcaster ARD shows that 81% of Germans believe that more needs to be done in the area of ​​the climate. But Laschet, now Prime Minister of the German Land of North Rhine-Westphalia, is known to be more conservative on climate issues. A poll by German research agency Civey on Wednesday showed that 26% believe Laschet can provide good climate protection.