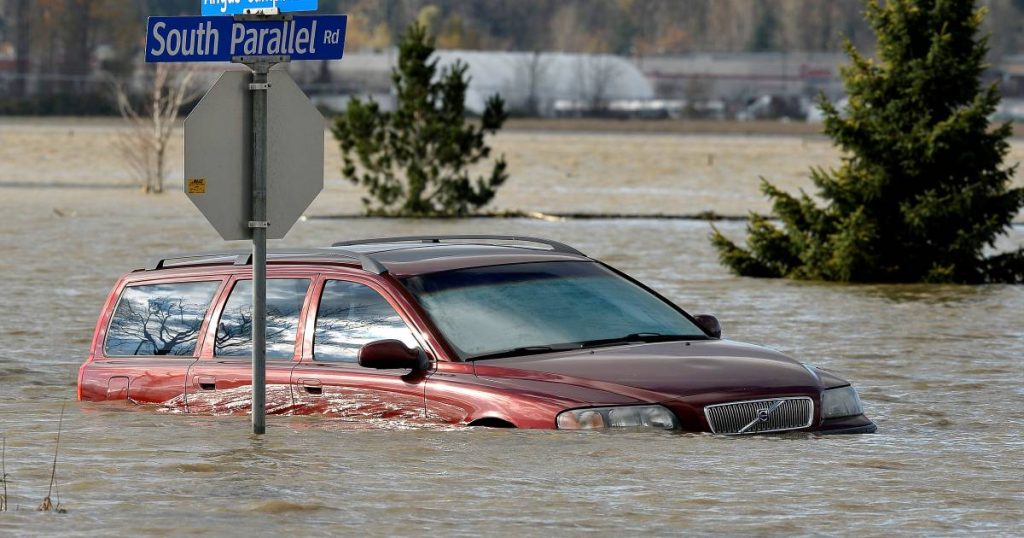 “We are asking people to limit their fuel consumption and travel with their vehicles at this time,” County Public Safety Secretary Mike Farnworth said at a press conference. Motorists are not allowed to refuel more than thirty liters of fuel. “We are not asking people to travel to hard hit areas – for their own benefit, but also to make sure that the fuel we have goes to the services people need in this time of crisis,” Farnworth said.

Authorities are still looking for four missing people in the Pemberton area, where the body of a woman was discovered by aid workers this week.

The army that has been mobilized since Wednesday, is working in several parts of the county to clear roads and build a new dike in the partially submerged town of Abbotsford. Heavy rains are expected again next week.

Extreme weather events in British Columbia come months after unprecedented heat waves hit the region this summer. Then more than 500 people died from the extreme temperatures and one place was destroyed by forest fires.