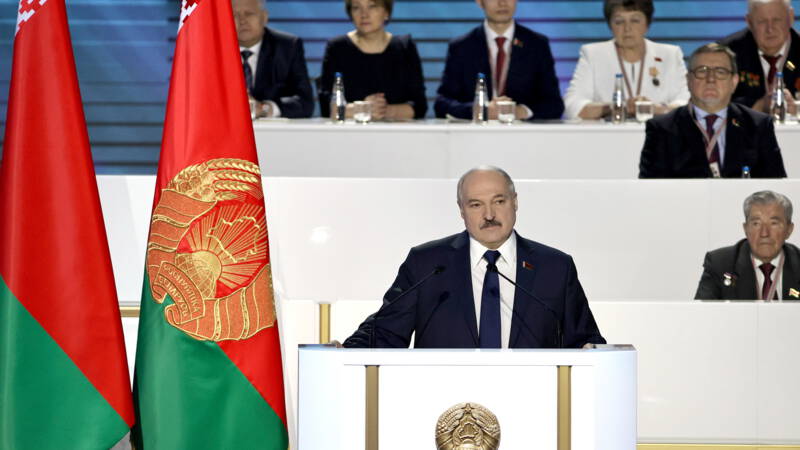 What does Lukashenko want to achieve with the arrest?

At least two things, says Hummels. First of all, bullying. He wants to show opponents and dissidents: you are not safe anywhere. In addition, Lukashenko worked very hard to create an information vacuum in Belarus. Only on information channels that operate from abroad, such as Nexta, it has no influence. That was certainly what interested him when Protasevich was arrested. “

A third reason is more speculative: Lukashenko may have wanted to show his teeth. “With the intention of seeing how far he can go, how far he can challenge the West.”

Is this action unexpected?

According to correspondent Iris de Graaf, no one really expected it, but that’s no surprise either. “Lukashenko has been working hard for months on opposition and critical journalists. It increased last week. A major news channel in Belarus was blackened, an independent TV studio was closed and journalists searched. “

“It seems that Lukashenko is very concerned that everyone still knows what is happening in Belarus and that the opposition is still active on the news channels. media in Russia in recent weeks. “

What is the influence of Russia?

Putin has pursued Belarus’ closer integration with Russia for almost two decades and appears to be stepping up efforts in recent years. Lukashenko has long opposed measures that could endanger Belarusian sovereignty, but the crackdown on protests last fall and the West’s anger over them have brought Belarus closer to Russia. Since last year, the two countries have also concluded new large-scale cooperation agreements.

“Since the protests last year, Lukashenko has been completely on a leash from Moscow and it is clear that there is not much he can do without the support of Russia. This hijacking of the plane can hardly be done without the approval or at least the knowledge of the Kremlin, ”says correspondent Iris de Graaf.

In addition, the Belarusian economy is largely dependent on Russia. And by continuing to support Lukashenko both economically and politically, the Kremlin is in fact endorsing what is happening in the country. “It’s clear that Lukashenko felt confident enough to do it, and that will largely be because he feels supported by Moscow.”

According to De Graaf, it is still unclear what is going on behind the scenes and how far Moscow’s hand reaches. But it is clear that Moscow supports Belarus. Russia called the EU’s anger and condemnations “shocking” and said the news of the arrest was being misused in the West for its own political and anti-Russian agenda.