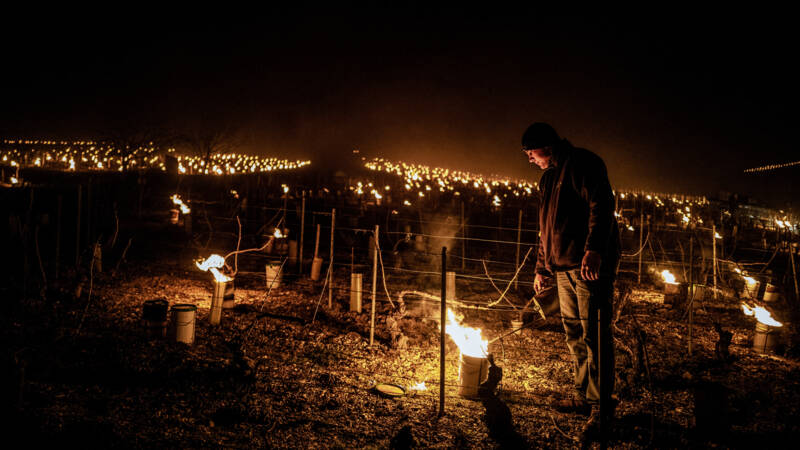 Farmers in several French wine regions, from Bordeaux to Champagne, are worried about their harvests after several nights of exceptional frost. The French government has called the freeze period an agricultural disaster and is preparing an emergency aid program.

In some wine regions, the temperature dropped to an all-time high on the nights of April 6, 7 and 8. For example, the mercury in Languedoc in the south of France has dropped to -8 degrees Celsius. Elsewhere, for example in Burgundy, it went between -4 and -5.

The late frost has “dramatic consequences”, declares the winemaker Jérôme Despey in the south of the Hérault.. The weather was devastating for his harvest, he said.

Despey, also general secretary of France’s largest farmers’ union, called on the government to act for all sectors concerned. Peaches, nectarines and apricots were also affected by the cold.

Experts estimate the damage to farmers to be the greatest in decades. And regional agricultural authorities fear a loss of 50 to 90 percent of the harvest.

A winemaker in Burgundy, a region known for white wine, among others, estimates that at least 50 percent of the harvest has been lost, writes The Guardian. Rhône Valley winegrower Philippe Pellaton talks about the smallest harvest in forty years; he fears losses of 80 to 90%.

Ten French regions have been affected by the frost, French Prime Minister Castex said this morning during a visit to a wine estate in Ardèche. He promised that “exceptional amounts” would be reserved for affected farmers.