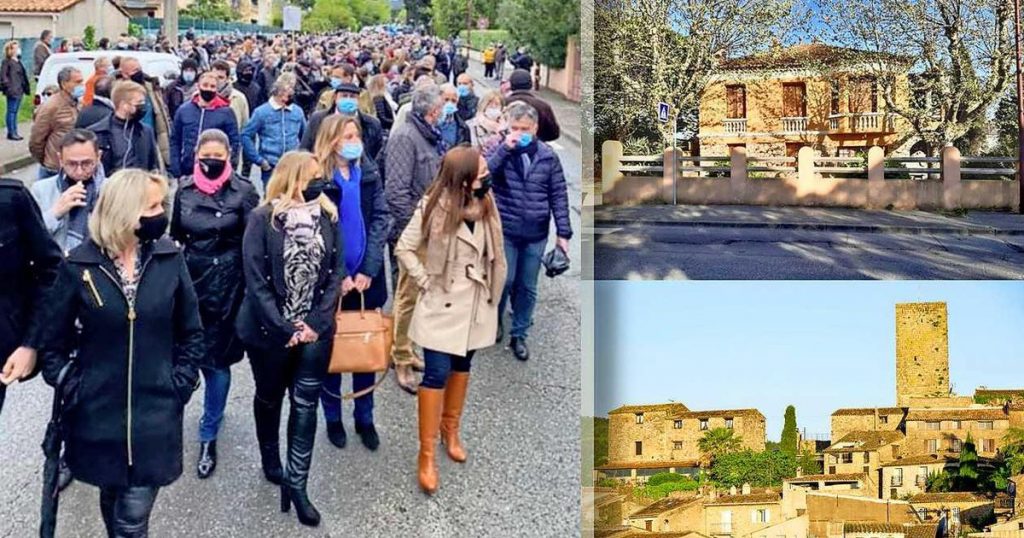 The mother of winegrower Jean-Philippe Victor died a year ago. As a result, his villa became vacant. Victor wanted to sell, but couldn’t say goodbye for sentimental reasons. He first wanted to accept the loss of his mother.

But soon after, he received a phone call from a former neighbor of his mother: the villa had been broken into, writes Het Nieuwsblad. The wineboer then realized that squatters had robbed the house. Asylum seekers from Bosnia, it turned out. He called the police, the officers came to take a look, but did nothing.

The French village of Les Arcs sur Argens where the inhabitants show their support for a winegrower. Squatters have squatted the villa of his deceased mother.

It was the start of a long and costly legal battle that has already cost him around 8,000 euros. But there was a light at the end of the tunnel: a judge ordered the eviction of the squatters.

But in France, there is a law which stipulates that people should not be evicted from their homes during the winter months for humanitarian reasons.

Jean-Philippe Victor began to write letters to the mayor but also to President Macron. But either they couldn’t help or there was simply no answer.

Demonstration in the village

For the winegrower, the measure is now full. Last week he appealed to all residents of the village to join a protest march. He invited everyone with posters and banners.

Hundreds of residents demonstrated in the VAR village of Les Arcs-sur-Argen in front of a winemaker at odds with the court and squatters.

The response has been overwhelming. There were hundreds of them, with face masks, but without sticking to 1.5 meters.

Victor has now discovered that the asylum seekers put his mother’s furniture outside in the garden. And that there is also a lot of damage inside.

According to Mayor Nathalie Gonzales, the city council has already offered the squatters, ten asylum seekers from Bosnia, alternative accommodation. But they refuse to leave the villa.

It is only from May 31, at the end of the “winter vacation”, that the mayor can order the police to evacuate the house. But the police fear that the inhabitants of the village will not wait that long and intervene themselves. Especially now that far-right politicians are involved in the affair. “They are mainly trying to make political money here,” Mayor Gonzales said.

Winemaker Jean-Philippe Victor feels abandoned by the government. But if he still wants to pay for water and electricity every month. Because even though “for humanitarian reasons” he can’t get it shut down now.