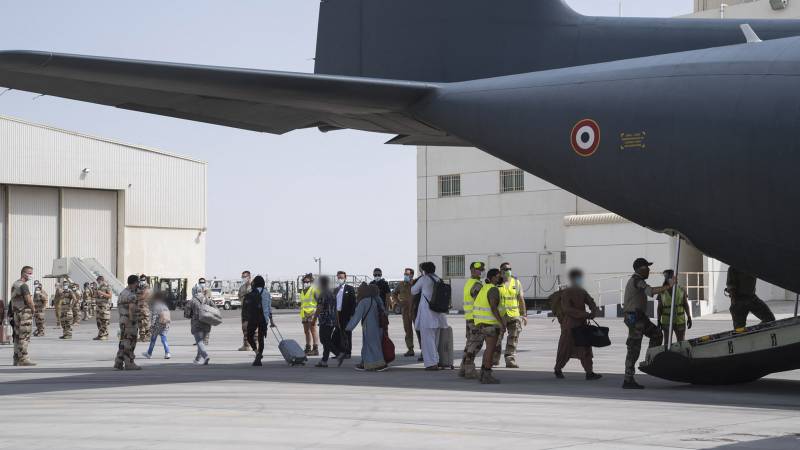 France has already evacuated hundreds of people from Afghanistan in relative silence in recent months. This happened in the hope that the Taliban would take power.

Preparations started four months ago. The French ambassador in Kabul, David Martinon, then summoned French humanitarian organizations for consultation. The message: danger was imminent and people would be evacuated.

“In mid-April, we received the ambassador’s proposal to have our employees come by plane to France and to ask for asylum,” said director Philippe Bertonèche of the Afrane association at the ONS. His NGO supports dozens of schools in Afghanistan.

Also driver and kitchen staff along

The French Embassy has drawn up lists of names of people eligible for evacuation. “They were French, but also Afghans,” explains Franco-Afghan political scientist Karim Pakzad. “The former interpreters of the French army in Afghanistan were allowed to come, but also the drivers and the kitchen staff of the embassy, ​​for example.

The French Ministry of Foreign Affairs confirms these evacuations to the NOS. “We don’t want to forget the people who worked for us,” said a senior official. “These are people who could be threatened.”

In total, more than 600 Afghans and their families were taken to France in June and July. “19 of our employees flew overhead, as well as their relatives, that is to say a group of 80 people”, says Bertonèche, director of Afrane. “They came to Paris by plane on July 12.”

On July 16, the French government chartered a final flight carrying 70 French and Afghans.

“Everyone knew the race was over”

The humanitarian airlift had a clear reason: the advance of the Taliban. The Foreign Ministry speaks of a “situation which is deteriorating extremely rapidly” in Afghanistan in recent weeks and months. As of April, we therefore already considered that it was necessary to act.

“Everyone knew what was going to happen,” explains political scientist Pakzad. “By early July, the Taliban already controlled two-thirds of all districts in Afghanistan. Then everyone knew the race was over. It was clear to the French authorities, even in April: Kabul would fall into the hands of the Taliban. “

For a week, France has resumed evacuations. French and Afghans are brought to safety via Abu Dhabi. A third plane landed Thursday evening in Paris with 200 people on board.