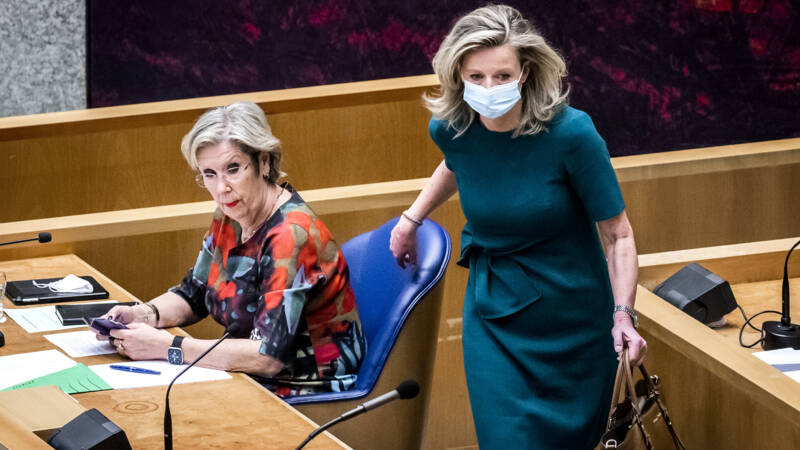 A passage in the published documents of previous explorers shows that GroenLinks wants to be more flexible in the area of ​​migration policy than in the previous training in 2017. At that time, negotiations with GroenLinks on migration and integration came to a halt, including on EU deals, but GroenLinks has no intention of “playing it” or “making it big”.

According to the notes, GroenLinks would like to speak out and Foreman Klaver advocates the addition of a fifth party due to the Senate majority. We can also read that the PvdA defines a second left party as a condition of participation in a cabinet. He also says that the VVD sees immigration and integration as an “exciting topic with D66”.

The documents sent to the House also mention the subject “stability of the CDA fraction”. Previously, the note “Omtzigt position, function elsewhere” was readable on a photo. Especially this last passage caused a lot of commotion and the scouts resigned from their functions.

The House wants a debate on the failure to recognize and has previously demanded that various documents be sent to the House. Jorritsma and Ollongren then sent a stack of notes to the House. It also contains notes such as “personal contact MR and SK (Mark Rutte and Sigrid Kaag, editors), “role of the ADC in the choice of the party”, “PVV: starting point (first meeting with the ADC necessary)” and “VVD-D66-CDA without scouts”.

Ask in Volkskrant if Omtzigt can be selected for CDA

Reference is also made to the “media image” in the annexes. It is, among other things, an article in the Volkskrant, in which the question is asked whether Omtzigt will be selected for the CDA. The article is quoted as saying: “Someone will have to step aside if Omtzigt is to stay for the CDA faction”.

According to the Chamber, the documents are not complete and the interview reports should also be made public. Ollongren then said she sent all the documents she and Jorritsma still had at their disposal. At the request of the House, Arib then said that she would ask the new scouts (Koolmees and Van Ark) to release any documents they have.