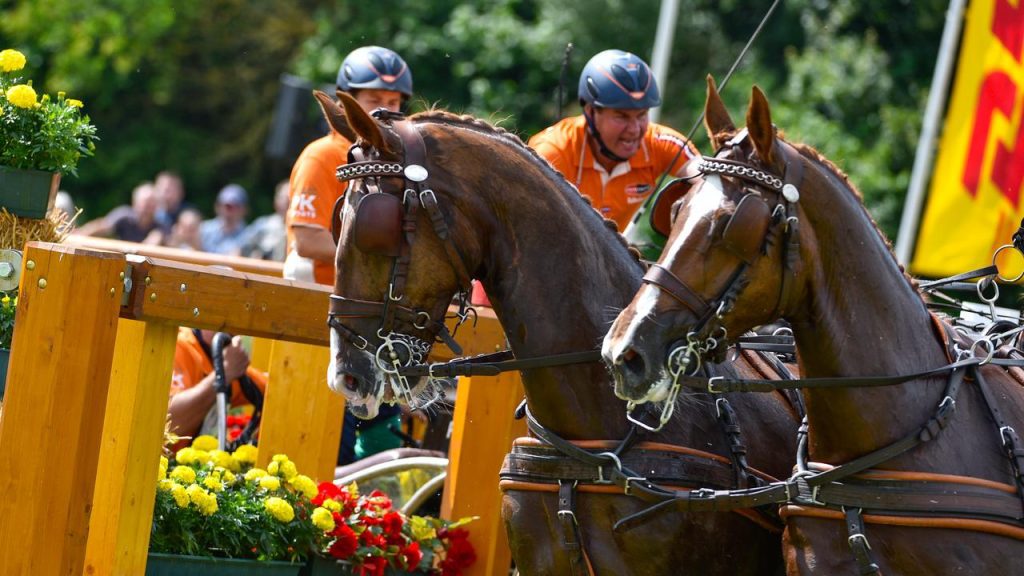 The four-handed Dutch won Nations Cup gold at the World Cup in Italy on Sunday. Father and son IJsbrand and Bram Chardon, together with Koos, remained in the lead in the Tour of Germany and Belgium.

IJsbrand Chardon took silver in the individual classification. The South Hollander came after three games (dressage, marathon and skill team) with a total of 159.82 penalty points. With that, he had to tolerate his Australian rival Boyd Exell (156.06).

Bram Chardon finished in fourth place with 165.92 penalty points. He had to leave the bronze to the German Michael Brauchle (163.89). De Ronde fell back in the standings due to a somewhat disappointing skill test and finished seventh with 175.09 penalty points.

Four years ago, at the World Championships in Tryon, Netherlands, Dutch four-wheelers finished second to the United States in the country standings. Individually, father and son Chardon and De Ronde were excluded from the medals.

IJsbrand Chardon has been one of the best four-in-hand drivers in the world for decades. In 1982, he became world champion for the first time in Apeldoorn with the Dutch team. Six years later, he won his first individual world title.