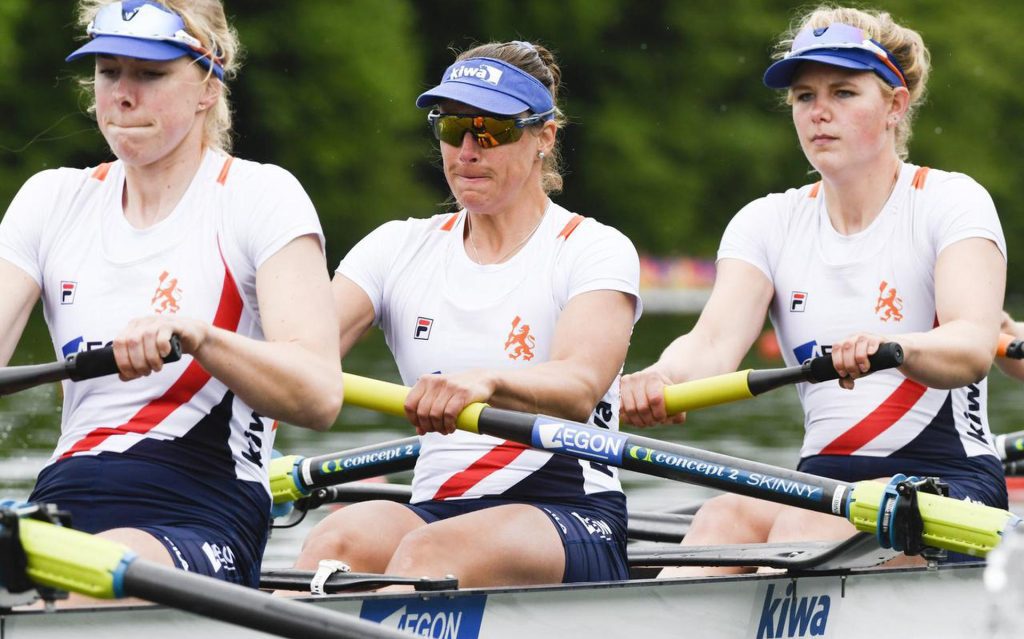 The six Dutch boats that contested their semi-finals on Thursday have qualified for the final battle of the World Rowing Championships in the Czech Republic.

According to the book, the women ran four without with Groningen rower Gyas Marloes Oldenburg, Benthe Boonstra, Mijntje Drenth, Tinka Offereins at the start. Midway through the race, the boat with rower Gyas was a boat length ahead of the rest of the field led by Australia. The Romanians got closer in the final sprint, but the gap with the Dutch boat was too big to become really dangerous. The Netherlands won in 6:44.10. The Romanians finished second 0.3 seconds ahead of the Australians. In the other semi-final, the British prevailed in a faster time (6:38.89). In particular, the Brits had a better second half of their run than the Dutch.

The women’s duo without Ymkje Clevering and Véronique Meester couldn’t repel the Romanian attack in the final meters and finished second (7:12.75), 1.71 seconds behind the Romanians. ,,It wasn’t the perfect race yet, but we have the connection,” said Clevering. The battle for the medals will mainly oppose the Netherlands, Romania and New Zealand, who won the other semi-final. New Zealand are the favorites for the title of reigning Olympic and world champion.

The women’s race was not perfect either with Ilse Kolkman van Aegir from Groningen, Nika Vos, Tessa Dullemans and Bente Paulis. The foursome got off to a fast start, along with the Brits, but the drop in speed was too great in the rest of the race. Great Britain won by a large margin, Australia was just a little faster in the final sprint and finished second with a nose length difference to rower Aegir’s boat which finished third and therefore also qualified for the final.

The coxless men, women’s double sculls and lightweight rower Martine Veldhuis also advance to the final. Tomorrow are the other semi-finals with, among others, the skiffeur from Aegir Melvin Twellaar.