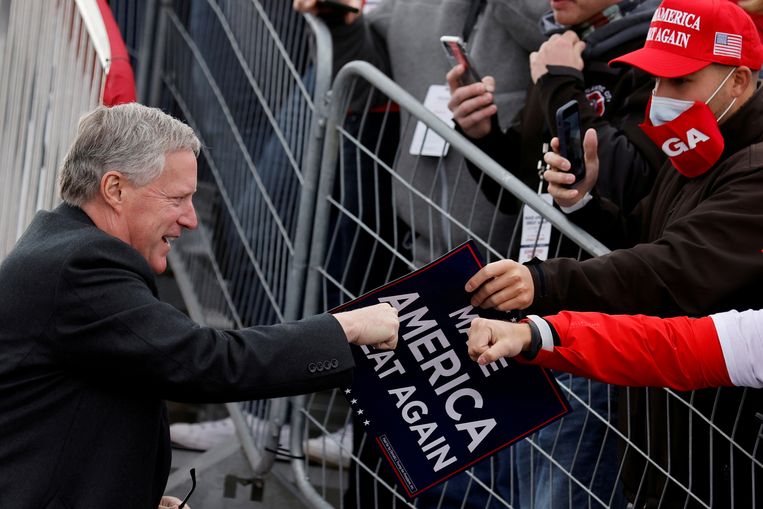 With the indictment, Meadows wants, among other things, to prevent the committee from requesting its phone data from provider Verizon, reports CNN.

Meadows was due to appear before the committee on Wednesday, but said through his lawyer he would not be appearing. The documents the committee received from Meadows’ attorney included communications with the organizers of the January 6 protest that resulted in the storming of the Capitol. There is also communication between Meadows and an unidentified member of Congress about the possibility of replacing some state electoral votes with self-elected candidates in order to keep Trump in power. Meadows reportedly said he thought it was a great proposition.

The former chief of staff now refuses to answer questions about the documents he voluntarily handed over. This angered the commission of inquiry, which threatened criminal prosecution. Meadows is considered a key witness, hides according to Politics behind “executive privilege,” which former President Trump also constantly invokes and which allows the president to keep certain information confidential. However, Trump is no longer president and legal experts believe that the ex-president has therefore lost this privilege.

As chief of staff, Meadows held one of the most important positions in the White House during the riots of January 6. Then Trump supporters stormed the House of Representatives because they wanted to block parliamentarians from approving the presidential election results. They were lost to Trump, who continued to insist without proof that there had been fraud. He called on his supporters in Washington DC that day to do something about it. Several people were killed during the capture of the Capitol.