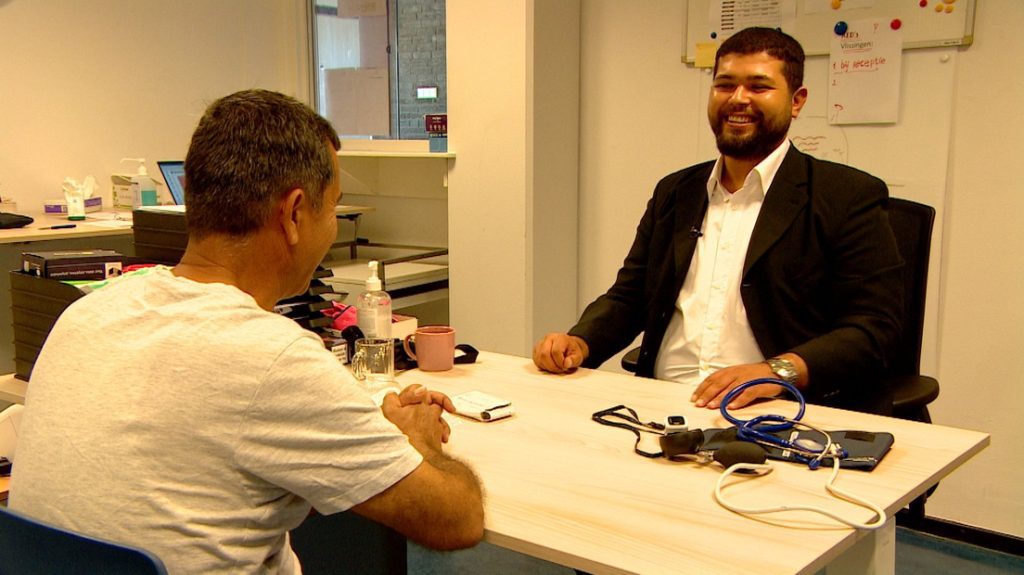 The sea, being together, brought him a lot. But Raman wanted to move on, to do something with his life. He moved to Krabbendijke, a place of his own. His parents moved “with them” to Bergen op Zoom. “Easier for my sisters’ study too.

Before he can qualify as a basic doctor here, he still has to pass a few exams. Especially the speed of reading and responding in Dutch is a stumbling block. He works hard at it. But just studying? No, he doesn’t like it. So now he works as a medical assistant. It was Tippi van Tongeren who, through the employment agency, placed Raman in the health service of the emergency shelter in Vlissingen: “Friendly, a talent for languages, a study medicine and huge motivation. I love working with such people.”

He himself is a little more modest. “People first see a working refugee. And then they say, ‘It’s good’. I’m not proud of myself yet. I want to learn more, achieve more and I can do that. . Step by step.”

But at the moment, Raman is still working as a medical assistant in Vlissingen and he doesn’t think it’s below his level. “You should see it like driving a car. Can you drive a car in the Netherlands? That doesn’t mean you will be successful in Syria as well. Different rules, different language. It’s the same with studying medicine.”