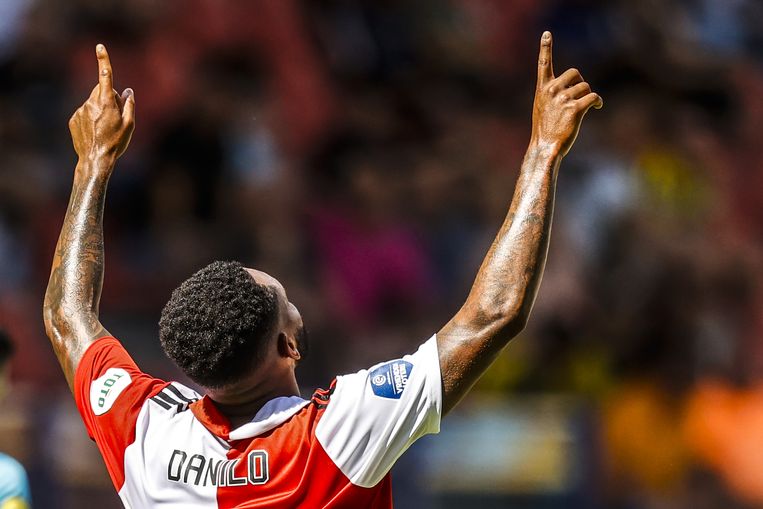 A few days before the crucial meeting with AS Monaco in qualifying for the Champions League, PSV easily beat FC Emmen. In Eindhoven, the opening match ended in a 4-1. New coach Ruud van Nistelrooij’s training didn’t have to go deep. With a series of errors, the promoted opponent fully cooperated on goals conceded.

Johan Bakayoko opened the scoring in the 18th minute, but the Eindhoven team received the next goal as a gift from the opposition. After a free kick, two Emmen players almost managed to push the ball over their own goal line and the third “succeeded” this attempt. Maikel Kieftenbeld was the one to deliver the decisive blow in cool fashion.

It was 3-0 before the break. Cody Gakpo scored the goal. The groundwork was done by defender Armando Obispo, he also forced the loss of possession in an attack from Emmen. Immediately after the restart, PSV had plenty of room to expand further. Gakpo scored the fourth goal, on a pass from Luuk de Jong. Then Romeny scored for the visitors.

Despite the big win, PSV didn’t play a clean game. “We were still looking a bit, especially in the opening phase and created too little during that time,” coach Ruud van Nistelrooij told ESPN. “You know we have the quality to strike immediately. That’s what happened. After the 1-0, we found the right solutions a little easier. It was no surprise that we ran further, although it was a bit lucky because of Emmen’s own goal. But with that, the match was more or less played in our favor.

Feyenoord started with a squad that had changed in many places. Tyrell Malacia, Luis Sinisterra, Guus Til, Bryan Linssen, Cyriel Dessers and Reiss Nelson left this summer. Defender Marcos Senesi was also absent: he is about to switch to Bournemouth. Newcomers Jacob Rasmussen, Quinten Timber, Sebastian Szymanski, Javairô Dilrosun and former Ajax player Danilo all had starting spots.

Dilrosun had the first chance. The striker hit the post in the 18th minute. Immediately afterwards, Vitesse was accurate. Million Manhoef was played in the box and had room to turn and shoot: 1-0. Feyenoord turned things around in the first half. After a pass from Szymanski, Sweden’s Patrik Walemark scored. Danilo headed Feyenoord into the lead shortly before half-time from a twisted free-kick from Szymanski.

Vitesse looked helpless against Feyenoord at many times. The home club did something in return and equalized in the 56th minute, but Feyenoord quickly pulled away. Dilrosun kicked the ball beautifully past goalkeeper Jeroen Houwen into the far corner from the side of the penalty area in the 61st minute. The goalkeeper then blundered by acting too slowly and Danilo was able to snatch the ball from him and score: 2-4. Lutsharel Geertruida decided the match with the final 2-5.

“We still worked very hard, just like we did last season. There is still room for improvement in our teamwork, but we got a big win,” said Arne Slot. de Feyenoord have been a little annoyed in recent weeks by people saying that Feyenoord’s situation, in terms of transfers and squad composition, is the same as it was a year ago.

“But then the group was already largely complete at the start of the preparation. A few other players joined at a later date. Now it was very different,” Slot said. “That’s why it’s good that we start like this today. Although we were also lucky that Vitesse was not last season’s Vitesse.”

Danilo Man of the Match

Former Ajax player Danilo played the role of a hero. The Brazilian striker swapped Ajax for Feyenoord and immediately scored in Sunday afternoon’s game. He scored twice and was named man of the match.

“It’s the best start we could have wished for after a tough preparation with a lot of roster changes,” Danilo told ESPN afterwards. “The first was of course the best. It was my first Premier League goal. I’ve been training on it a lot lately to improve it, so I’m glad it’s showing immediate results now. That’s what I have to do as a striker.”

“It was a tough match against a good opponent, but we were strong,” Danilo said. “All the new guys did well. We are looking forward to the next game, against Heerenveen in front of our own home crowd.

Szymanski’s purchase also made a good impression. The midfield strewn with passes that most Eredivisie players can’t even think of. Ajax is warned.