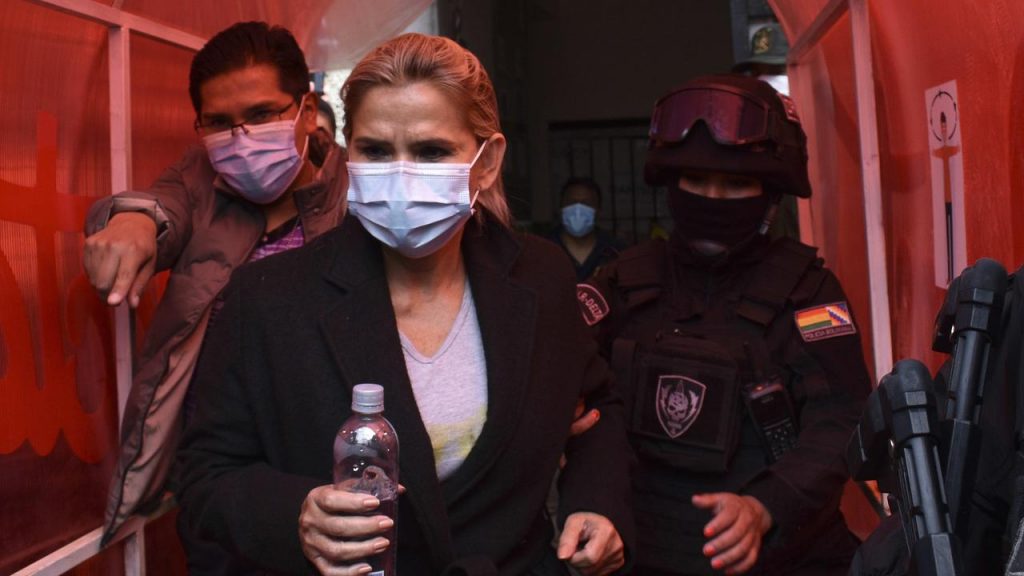 Jeanine Áñez, former interim president of Bolivia, will remain in police custody for four months. Áñez is suspected of a coup, the former head of state himself said via Twitter.

“They are taking me into custody for four months pending trial for a coup that never happened,” Áñez said after hearing the verdict in a virtual hearing.

Áñez was arrested on Saturday for sedition, terrorism and conspiracy. His arrest had been in the air for a while. She said earlier that she feared “political persecution” because warrants had been issued against her and other former members of the government.

Right-wing Áñez came to power as interim president in November 2019 after the departure of socialist president Evo Morales, who had to resign after 14 years in government due to political unrest. He would have spoiled the election results.

Morales went into exile in Argentina, but returned after the November 2020 elections, when his party rival Luis Arce was elected president.

Áñez is accused of acting unconstitutional after Morales left and actually carrying out a coup with his supporters. It is said that this happened thanks to the intercession of the armed forces.

His former Minister of Justice, the Chief of Police, the former Commander of the Armed Forces and others have also been charged.