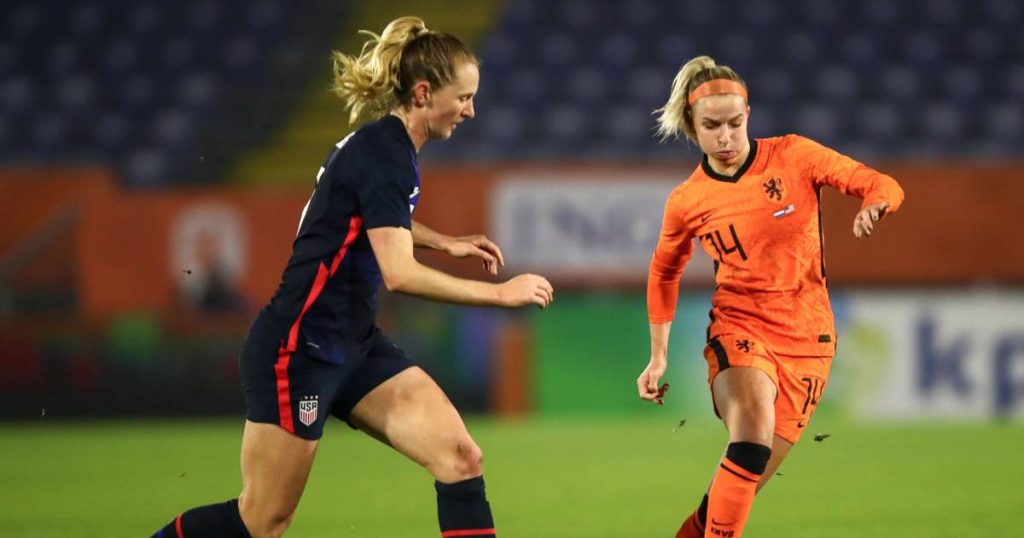 The Dutch national women’s team internationals hoped the gap with the United States had narrowed somewhat within a year and a half. However, they had to conclude on Friday after the 2-0 loss in an exhibition game to Breda that this is not really the case. The result was the same as in the lost World Cup final in the summer of 2019 and the picture of the game was also largely the same.

“It was a completely different game, in terms of pressure and atmosphere,” said forward Jill Roord. “We played football from time to time, but always created too little. I think we were more on the ball than in the World Cup final. I think it was a really good test game to see where we are at. I think we have now started preparing for the Olympics and now we need to grow up again to be more beautiful by then when we face the United States. We still have time, but there is still something to do. “

Midfielder Jackie Groenen has seen some bright spots. “If we were on the ball we showed football, I think. If we could open the game from side to side, there would be a little bit of space. It just has to be faster, ”she said. “What if the gap with America narrowed?” I’m having a hard time answering that now. I think we should take a good look at where things were not going yet. Then we can work on it.

“We already had more ball possession and we also lasted longer physically than in the World Cup final,” left-back Merel van Dongen said. “I think we are a tournament team. It is not yet the time for revenge, it will come to the Games. I certainly haven’t given up on that hope.

Arjan Veurink, who replaced Sarina Wiegman as national coach, found the exhibition match useful despite the difference in strength. “We have a good idea of ​​where we are now and what areas we need to develop further to be able to beat America.”

Daniëlle van de Donk was injured during the final phase of the orange team. Stefanie van der Gragt had to be absent on Friday evening due to an injury. Breda Caitlin Dijkstra (21) was therefore on the bench with Orange for the first time.