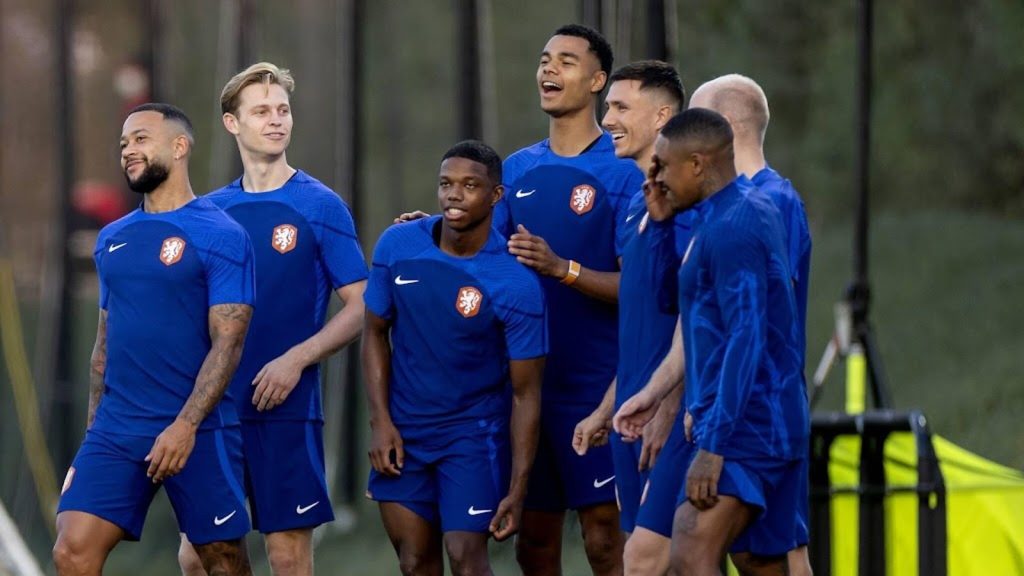 Frenkie de Jong could laugh about it on Tuesday when he was confronted with football analyst Rafael van der Vaart’s comments. The former international told NOS halfway through the World Cup round of 16 tie against the United States (3-1) that a footballer like De Jong would probably have preferred to stay in his hotel.

Van der Vaart was referring to how he sees Orange playing football. “I didn’t hear that,” De Jong said with a smile on the terrace of the St. Regis Players’ Hotel in Doha. “We understand that there are criticisms of the game and things like that. It’s not a bad thing at all. We also believe that we can play much better football with the ball. That’s the thing most important.”

De Jong came through Ajax’s youth academy, where playing attacking football is always important. In the 2018/2019 season, the now 25-year-old midfielder almost reached the Champions League final with the Amsterdam team, also due to a recognizable and attractive way of playing. De Jong deserved a transfer to FC Barcelona, ​​where the football philosophy broadly matches that of Ajax.

De Jong doesn’t mind Orange using a different tactic and playing with a tight block in the back, he says. “As a football fan, you naturally prefer to see every team play hard in attack. I also think we want to play attackingly,” he explains. “It also depends on the form of the players and the choices the players sometimes make with the ball. If we lose the ball fast enough, it will also be difficult to play really offensively, because then you will be pushed back. It would be very naive to think: we leave five men up front and defend with the rest. Then you give a lot of space.

With Argentina as their first opponent in the quarter-finals, De Jong believes there will be less pressure on the Orange players. Against the United States, the Dutch national team had 30% possession before the break. “Of course it’s not good,” says the playmaker. like the United States, people think we should have the ball a lot.”

De Jong believes national coach Louis van Gaal who believes Orange can become world champions. “In the Netherlands, I sometimes had the feeling that the goal was to reach the final. But in my opinion, that’s not a goal. You have to want to win a tournament.”