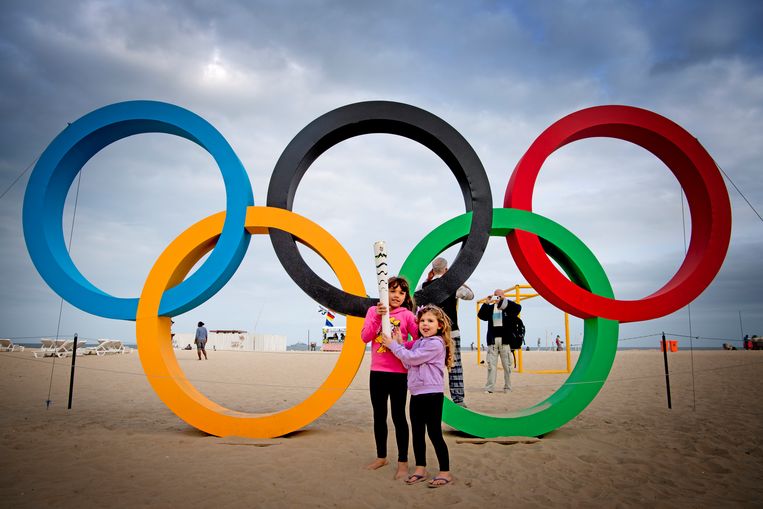 With the introduction of the five-ring flag, it’s been exactly a century since international sport came to life. The opening ceremony of the Olympic Games took place in Antwerp, ending an eight-year absence. The 1916 edition in Berlin was canceled due to World War I, the first time since 1896 that this event has been canceled.

During this ceremony in Antwerp, the Olympic flag was unfurled, with five rings intertwined on a white background. Each ring symbolizes a continent: Africa, America (North and South together), Australia, Asia and Europe. At least one of the six colors, including the white background, appeared in any national flag in the world in 1920. The continents as well as all the countries are forged as a single unit on the Olympic flag – ingenious in simplicity.

By the way, the Olympic flag had already been drawn seven years earlier, but since then it had not been possible to show it to the general public. This is why the 1920 opening ceremony is considered the birth of the Olympic rings, today one of the most famous symbols in the world.

Pierre de Coubertin, the spiritual father of the modern Olympic movement, invented these five rings. By an ingenious construction, the German sports historian Karl Lennartz succeeded in 2001 in following the supposed thought path of De Coubertin. Lennartz found in German magazine Cyclist chronicle From 1896 an advertisement for the Dunlop Tire Factory. In the attached image, four angels braided five bicycle tires together. Each angel represented a continent, except Australia. It was exactly the same idea as with the Olympic rings!

At the same time, Radfahr-Chronik also published an ad from a bicycle manufacturer, displaying the name of De Coubertin as one of the proud owners of their product. This makes it very likely that the Frenchman saw those five intertwined bike tires, after which he made the jump to the Olympic flag in his head. Although it took almost a quarter of a century before the opening ceremony in Antwerp, this symbolism acquired additional value, as a sporting call for unity after this terrible war. The Olympic flag is in fact the answer of international sport to the greatest social problem of the time.

Jasper Truyens published his book on Antwerp 1920 this summer and went in search of the 1920 flag. A number of them were used, but the largest – six by four meters – flew off the flagpole, to then be moved to Paris. the 1924 Games. Four years later it was also used in Amsterdam, after which it was sent to Los Angeles. “However, the flag was dirty,” Truyens said, “and was replaced.” The Antwerp original thus disappeared in the private archives of Ed Zuchelli of the 1932 Olympic organizing committee.

Lennartz found this historical relic at the beginning of this century with the descendants of Zuchelli. And that flag is still there, says grandson Patrick Zuchelli. Exactly a century after the first Olympic flag was flown in the rebirth of international sport, this historic sport masterpiece is housed in an American vault, far from Antwerp.

It only takes a minute, but a film about the 1928 Amsterdam Olympics can now be seen for the first time.