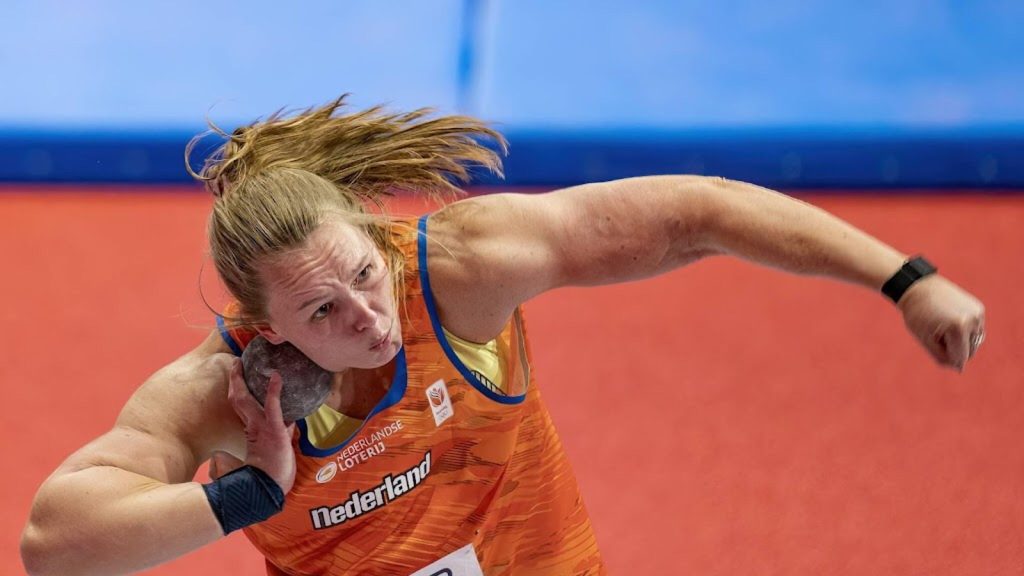 Jessica Schilder has no doubts when it comes to shot put. She will hit the 20 meters this summer. “I want and I will make this progress. Only then will I really dare to say that I belong to the top of the world,” says the 23-year-old athlete from Volendam, who is looking forward to his participation in the FBK Games in Hengelo. Monday.

Suddenly there were only 19.72 meters in February at an indoor competition in Apeldoorn. A meter further than usual to hit and at the time the best performance of the world year. Schilder underscored his rising status a month later with a bronze medal at the World Indoor Championships in Belgrade.

Schilder explains his huge progress mainly through his move to Papendal sports center and national coach Gert Damkat. “It gives me a bit more freedom, I really like that. And it also helped me a lot to be able to train indoors all winter in the gym in Papendal and no longer outside in the rain and snow. Papendal nice and fast, so I was able to do a lot of shots there and a lot of my progress came from there.”

The mindset has also changed, she says. “I didn’t expect myself to reach more than 19 meters. But in January, during the training camp in South Africa, I was hitting well and my coach had already said that I would go very far at the inside His prediction has come true Now I’m working I’m working hard to reach that 20 meters and I’m sure with my current approach I’ll be successful I’ve gotten pretty strong but I still need to put on weight am not yet at the optimal weight and also not at the top of the world Yes, I participate, but only when I touch these 20 meters, then I dare to say that I really belong.

Schilder will focus on two highlights this summer. She wants to be “absolutely” at her best at the World Cup in Eugene (USA) and the European Championship in Munich. “There is a month between these two tournaments, so it is quite difficult to plan the form. I purposely train a little harder during this period, so that I can slow down a little later and hopefully peak at the World Cup and the European Championship FBK Games, I will probably have to settle for a slightly lower performance.”

Schilder can also be seen regularly in the Diamond League this summer. Due to her bronze medal at the World Indoor Championships, she has already been cleared to compete in the first of a series of premier athletics competitions in Doha. “Diamond League was on my bucket list. That game in Doha wasn’t a lot of fun, but I learned a lot and I just want more.”