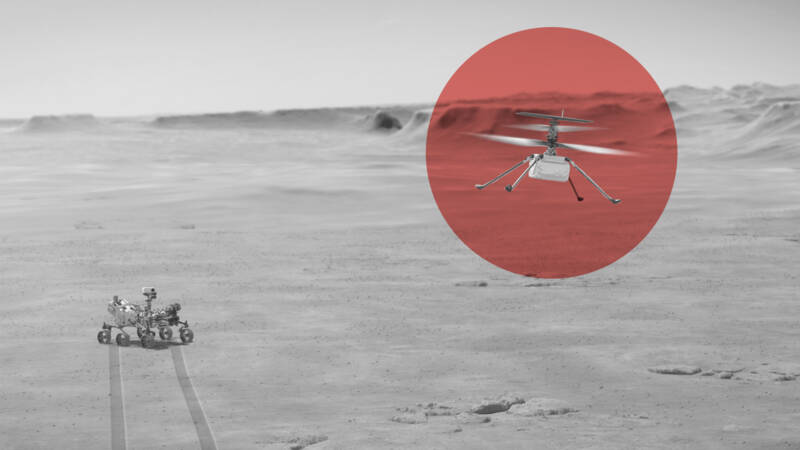 NASA has many the first in space marked, but flying a helicopter through the air on another planet has never happened before. That is expected to change this week, when the Mars Ingenuity helicopter takes its first flight. A true work of art in the ultra-thin atmosphere of the Red Planet, says planetary specialist Daphne Stam (TU Delft).

To underline the historical significance of the flight. the light helicopter received a small piece of fabric from the Wright Flyer. The Wright brothers made the first powered flight on Earth in 1903 with this aircraft.

This is appropriate for more than one reason, as the Mars helicopter won’t come much higher and longer than that first flight with the Wright Flyer. The first attempt, which will take place on Sunday at the earliest, will take around 20 to 30 seconds and Ingenuity will have to take off from three meters. For subsequent flights, the aircraft rises five meters.

Five flights are scheduled this month, which will last up to 90 seconds. After that, Perseverance, the cart which must remain nearby because it is necessary for the communication between helicopter and land, used again for other tasks.