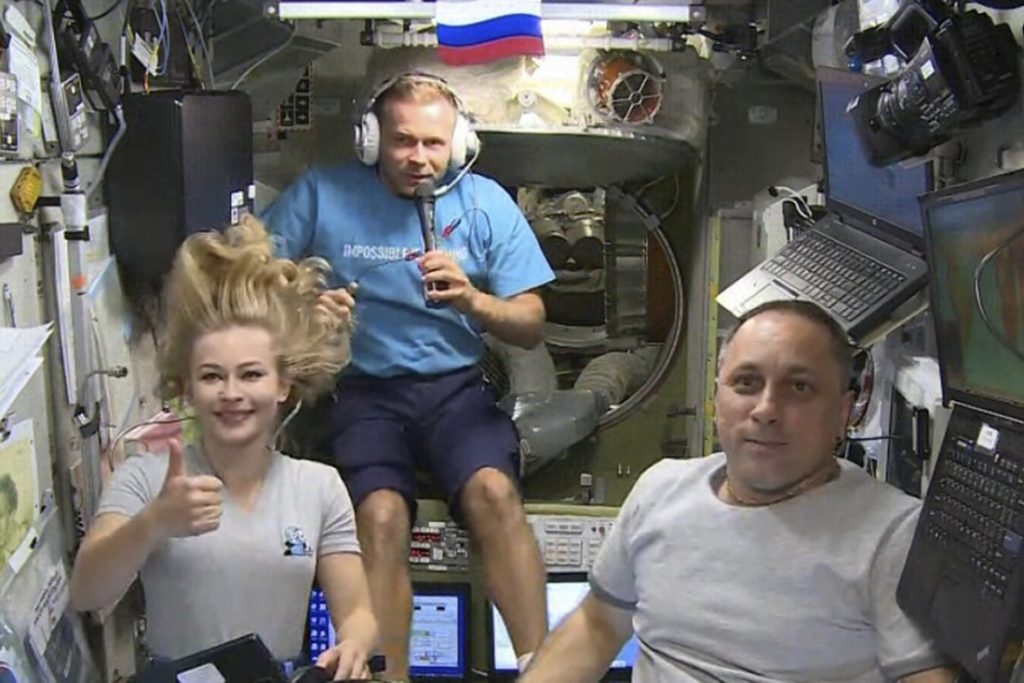 For the first time in history, a movie was shot outside of Earth. After almost two weeks, actress Joelia Peresild (37 )’s work on the International Space Station is over. The Russian actress and director landed on Safe Earth Sunday morning.

Actress Yulia Peresild (37), her cameraman and producer Klim Sjipenko (38) and cosmonaut Oleg Novitsky (50), who has been in space for six months, returned to Earth on Saturday night in Sunday in a Soyuz capsule that disconnected from the ISS, about 420 kilometers above Earth. The spacecraft landed in the steppe of Kazakhstan as scheduled at 4:36 a.m., according to live footage from the Russian space agency.

For the first time in history, a movie was shot outside of Earth. Peresild to star in new Russian film Visa(The challenge). In the film, Novitsky becomes ill. He can’t return to Earth, so a surgeon played by Peresild goes to space to operate and save his life. The last half hour of the film takes place in the space station. It is not yet known when the film will be released.

Seven people now live in the ISS: three Americans, two Russians, a Japanese and a French.