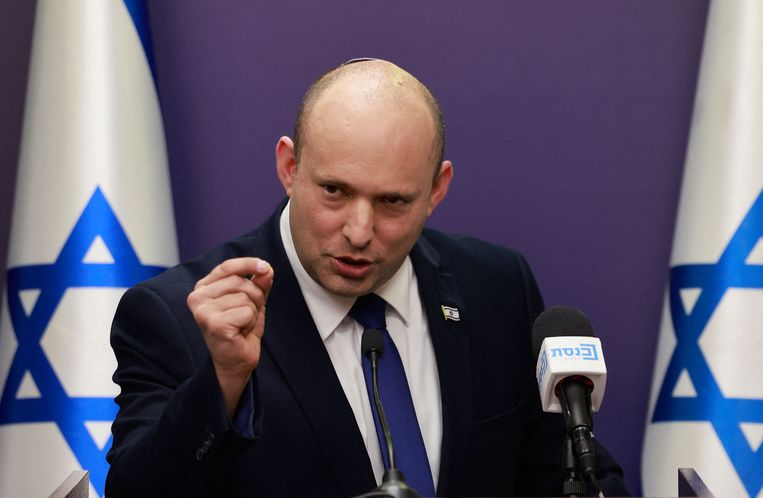 A simple majority was needed, but after a long and eventful night, 59 MPs voted in favor of extending the law, 59 against.

The vote reveals the cracks within Prime Minister Naftali Bennett’s fragile coalition, which is made up of eight completely different parties. One of them is Palestinian Islamist Ra’am, and two members of that party abstained. A member of the far-right Yamina party, Bennett’s own party, even voted against it.

In the past, Palestinians in the Gaza Strip or the West Bank were treated like other foreigners who marry an Israeli: after overcoming many bureaucratic obstacles, they can settle with their families in Israel. This changed in 2003, during the Second Intifada, when an attack was carried out by a Palestinian who had acquired Israeli citizenship after marrying an Israeli Arab.

The Citizenship Act was actually an emergency law that would only be in effect for one year, but since 2003 it has been renewed every year. Supporters say it is necessary to maintain Israel’s security, but critics say Israel is trying to preserve the country’s Jewish majority in this way. They therefore characterize the law as discriminatory against the Arab part of the Israeli population – whose members are moreover more inclined to marry a Palestinian on the other side of the border.

In practice, thousands of Palestinians feel the consequences of this law every day: they live illegally with their families in Israel, but cannot, for example, obtain a driver’s license or do a legal job. In addition, they do not dare to visit their families in the West Bank or Gaza for, for example, a visit to the sick, a wedding or a funeral, as they fear being arrested at the border on the way back and of not being able to return home.

The coalition parties Ra’am and the left-wing Meretz initially wanted to vote against extending the law. After lengthy negotiations overnight, a compromise was offered: the law would not be extended for a year, but only six months, and some 1,600 Palestinians already married to an Israeli would be granted temporary residence permits. . As it turned out, that just wasn’t enough to convince all parties.

Moreover, during the vote it became painfully clear how far former Prime Minister Benjamin Netanyahu wants to go to torpedo the new government. His conservative Likud party and ultra-Orthodox allies all voted against, having previously always supported the law. according to the israeli newspaper Haaretz Netanyahu reportedly said in a closed-door Likud meeting on Monday that “overthrowing the current government is more important than the citizenship law.”

Prime Minister Bennett said the opposition was playing “childish games”. “They prefer petty politics to the well-being of citizens,” he said. “Now, what to take care of,” Netanyahu sneered. “Where is your sense of responsibility after forming a government which, for the first time in the history of this country, relies on anti-Zionist forces.”

The law will no longer be in force at midnight on Wednesday, but the direct impact on Palestinian families will likely be limited as Interior Minister Ayelet Shaked of the far-right Yamina party has the power to deny individuals residency or residence. the citizenship. Also, once the coalition has made more compromises and now believes it can get a majority, it can call for a new vote on the law at any time.