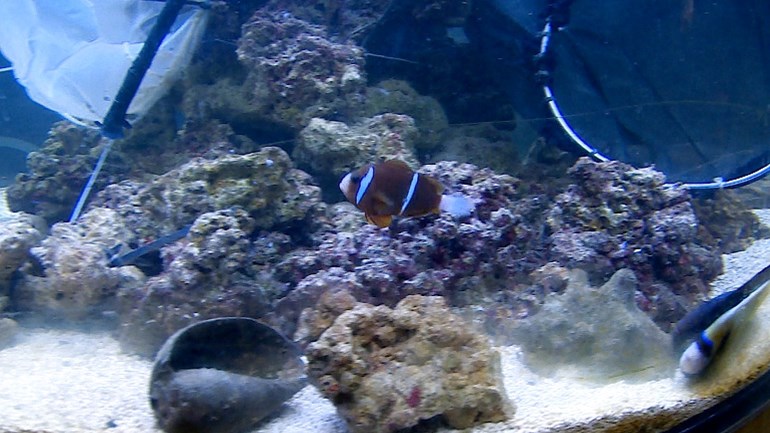 This morning, a Waterland employee Neeltje Jans was on the doorstep for, among other things, the clown fish. With a landing net, the first fish is easy to catch, but the second has a completely different opinion. Each time, the animal slips behind a stone, inadvertently prolonging its stay in Vlissingen.

“It will be delivery after delivery,” laughs biologist Jan van der Veen. “He’s been looking after the animals in the Arsenal for years and has to find another way to get the clownfish to Neeltje Jans. “We’ll empty the tank later, so we can catch it more easily. It has to be. “

Neeltje Jans is one of the new locations for animals. The rest are housed all over the Netherlands, especially in aquariums. The well-known cuddly rays go to SeaLife in Scheveningen, where they will again have a lot of hands on their scaly bodies in the future. A part also goes to the Wildlife Zoo in Emmen.

Van der Veen will certainly visit “his” animals in the future, which he has cared for for years. Sepias in particular, Van der Veen’s favorite animals. They don’t go to a public amusement park, but to Wageningen University.

According to Van der Veen, the researchers want to get a picture of the animal’s movements. They are observed for several years with different cameras. “It’s great fun that the animals of Vlissingen are used for scientific research in the future.”

Van der Veen is not yet ready at Arsenal, as the entire relocation operation will last until December. Aquariums also need to be sold, so there are still weeks of work to be done. It is not yet clear what biologist Van der Veen will do next.