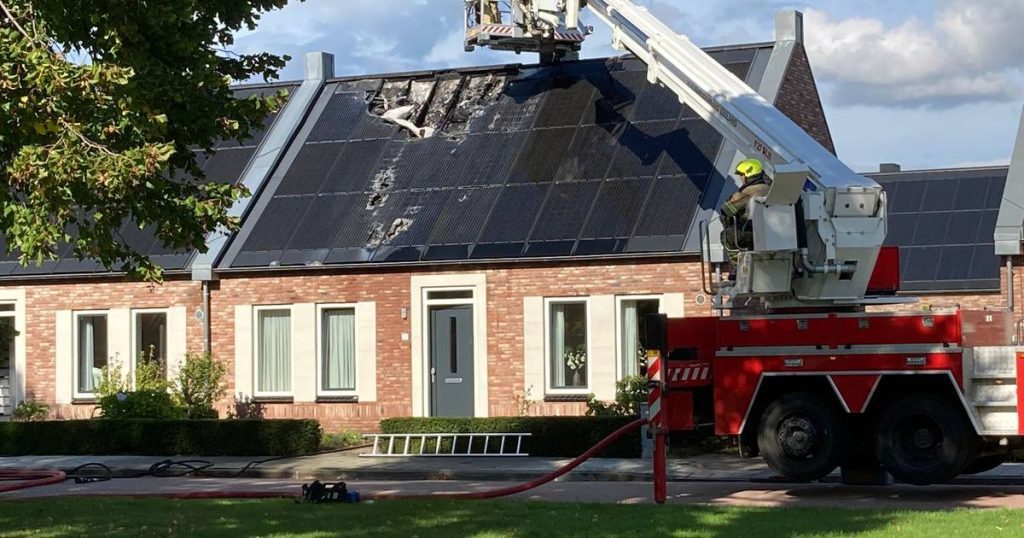 A fire broke out on Thursday afternoon on the roof of a rental house in the Oude Polderstraat in Hulst. No injuries were reported.

The fire was raging in the roof under solar panels and was difficult for firefighters to reach. The fire broke out at around 2:15 p.m., after which the fire brigade began to work with, among other things, extinguishing vehicles, a tank truck and an aerial work platform. The first effort was to prevent the fire from spreading to the neighbor’s house. A number of solar panels burned and others had to be removed to put out the last flaming remnants in the roof. The adjacent house also suffered fire and water damage. The fire master’s signal was given around 3:50 p.m.

In 2018 there was in the same street a blazing fire in a rented house, at the time also under solar panels. It is now a house in the same block.

At the time, research by the Dutch Research Institute showed that a connector between the panels was not properly connected, causing a short circuit and a fire. The residential block’s solar panels were turned off to check everything first, after which residents ran out of solar yields for months. They got a financial compensation of the Hulst Housing Association.

The article continues below the photo.

Jurgen Pijcke, director of Woonstichting Hulst, is very shocked by the second fire in the same building. Like last time, the solar panels of the 45 houses of exactly the same type on the street are now switched off and reconnected to the mains. Pijcke does not yet know how long it will take this time, but the residents will again be compensated this time. Pijcke cannot yet say whether there will be another major investigation. “All connectors were checked after the first fire and doubtful cases were replaced. Is a new study always useful? Should we replace? We will now be advised on what we can do best.

All connectors were checked after the first fire and doubtful cases were replaced. Is a new study always useful? Should we replace?

There are 27 panels on each of the 45 houses; a total of 1215 panels. If the company replaces all the panels as a precaution, it will be expensive.