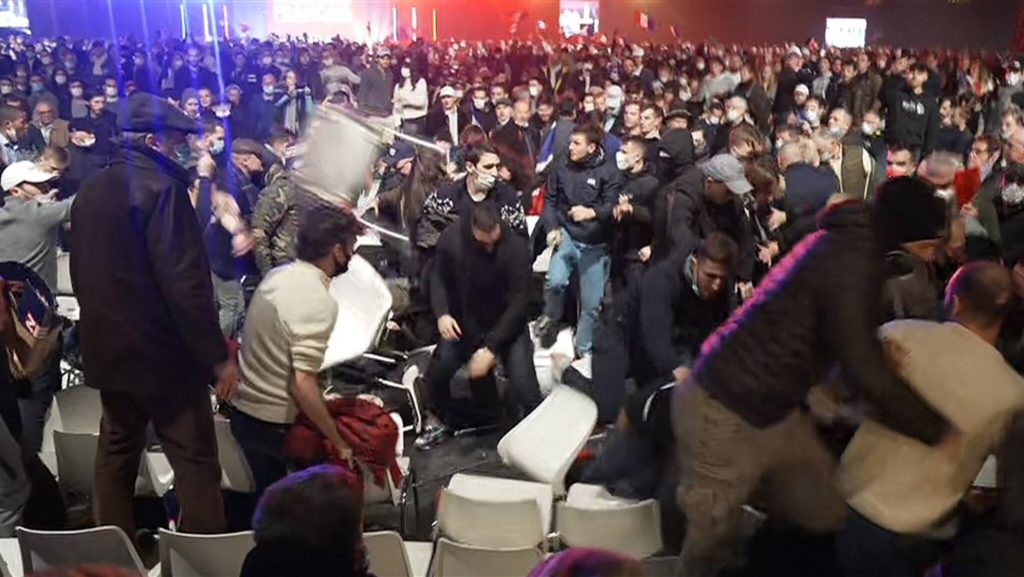 The French Éric Zemmour announced the name of his party during a speech of almost an hour and a half yesterday: Reconquest.

“If I win this election, it won’t be another change of power, but a reconquest of the biggest country in the world,” Zemmour told 10,000 people in attendance.

During the speech, fighting erupted in the hall and chairs were thrown at activists who stood up and wore T-shirts with the words “No to Racism” written on them. At least two of them were hurled out of space, bleeding.

“We wanted to do a non-violent protest,” said a spokesperson for SOS Racism who was responsible for the action. “People jumped on them and started beating them.”

Zemmour, 63, goes further in his statements on Islam and migration than Marine Le Pen, who heads the Right-Wing National Rally. For example, he noted that Muslims “colonize” his country and suggested that foreign first names such as Mohammed and Kevin be banned.

Earlier today, several thousand people demonstrated in Paris where Zemmour had originally planned to hold his first campaign rally. Police arrested two people and, for security reasons, decided to move the meeting to Villepinte, a town 20 kilometers from the French capital.

Police said around 2,200 people gathered in Paris to express their dismay at the former journalist, writer and media figure’s candidacy for the French presidency.

Last week, Zemmour, twice convicted of inciting racial hatred, announced his intention to “save France”. He also said that many voters no longer recognize their own country.

Later, the demonstration moved to Villepinte. Police arrested 46 demonstrators there who violated a restraining order.