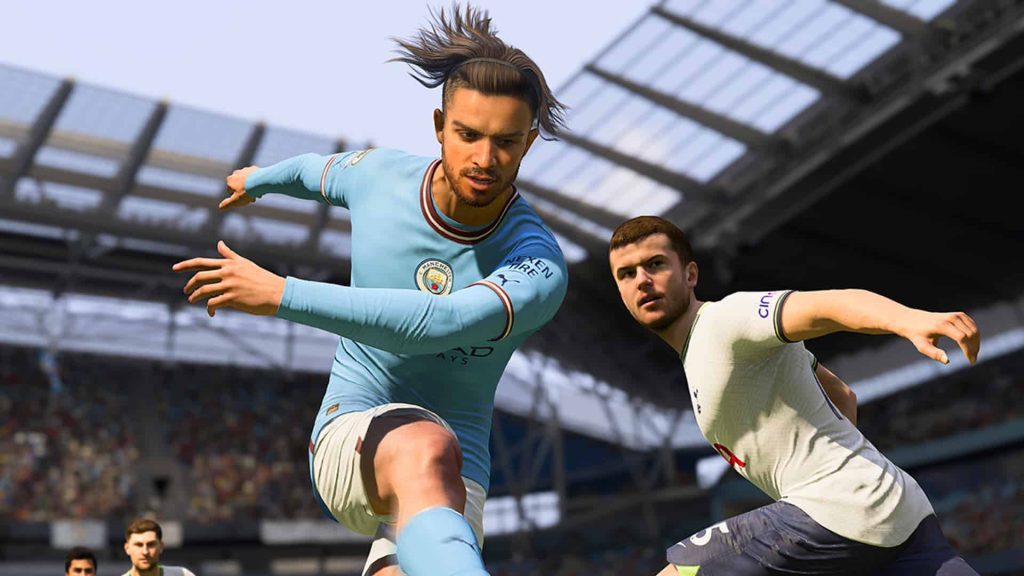 “With FIFA 23, we’re giving fans around the world the most immersive and authentic football experience ever seen in an EA SPORTS FIFA title.”says Nicholas Wlodyka, SVP, GM of EA SPORTSFIFA. “Bringing women’s football into one club, our latest technology innovations with HyperMotion2, unparalleled authenticity with over 300 partners in global football and dynamic partnerships, this latest title captures the power of football by bringing together players, leagues, teams and talent from all over connecting the world through our shared passion for sport.

For 30 years, EA SPORTSFIFA operate at the intersection of entertainment and games and directly influence the growth and development of football culture. Recently EA SPORTS Partnering with one of the world’s biggest entertainment brands, Marvel, to bring iconic football heroes to life in FIFA 23 Ultimate Team. AFC Richmond and everyone’s favorite mustachioed manager Ted Lasso will also be playable in FIFA 23. Greyhounds join Wrexham AFC in the Rest of the World club section in FIFA 23.

Innovation in all game modes
FIFA 23 introduces new updates for all game modes. Crossplay allows players on the same platform to connect with friends on other platforms and compete in 1v1 modes, including online friendly matches, and in FIFA Ultimate Team (FUT) with FUT Play A Friend. In FUT 23, an all-new mode is also available with scenario-based “FUT Moments” that provide more gameplay options. In addition, FUT chemistry has been completely revamped and there is more flexibility in building team so fans can build their ultimate team.

Career Mode enhancements allow players to define their personality and match experience with new off-pitch activities that help grow your playing career. In Career – Manager mode, you can take control of over 350 authentic football managers and lead your team to victory. With the new “Playable Highlights” mode in the player and manager career modes, fans can jump right into the action with their professional and comprehensive goals. Pro Clubs and VOLTA FOOTBALL have a new common starting point that allows a player to customize, play and progress in different ways in both modes, as well as the ability to earn Pro Clubs XP points in both modes. Get together with friends or the VOLTA FOOTBALL community and show off your style in the new and improved VOLTA arcades, with more options to customize your avatar. New and improved games bring improved crowd sound, new attributes, bigger stadiums, dynamic colored balls, underfoot timer and new sound effects to speed up the fun in the VOLTA ARCADE. Revamped VOLTA gameplay brings a series of street football enhancements that add flair and variety to every game.

Women’s club football
For the first time in the history of EA SPORTSFIFA players will be able to experience the game with Barclays FA Women’s Super League and Arkema Division 1 sororities at launch, with exciting updates to come.

Thanks to the special HyperMotion 2 capture with a professional women’s team, the appearance and movements of the players in FIFA 23 are authentic. This makes it the most realistic experience to date.

With over 300 partners, 19,000 players, 700 teams, 100 stadiums and 30 leagues around the world, EA SPORTS FIFA 23 the only place where fans can play on the biggest stage in the world and the men’s and women’s FIFA World Cup tournaments, UEFA Champions League, UEFA Europa League, UEFA Europa Conference League, CONMEBOL Libertadores, CONMEBOL Sudamericana, Premier League, LaLiga Santander, Bundesliga, Ligue 1 and Serie A, all in one game.