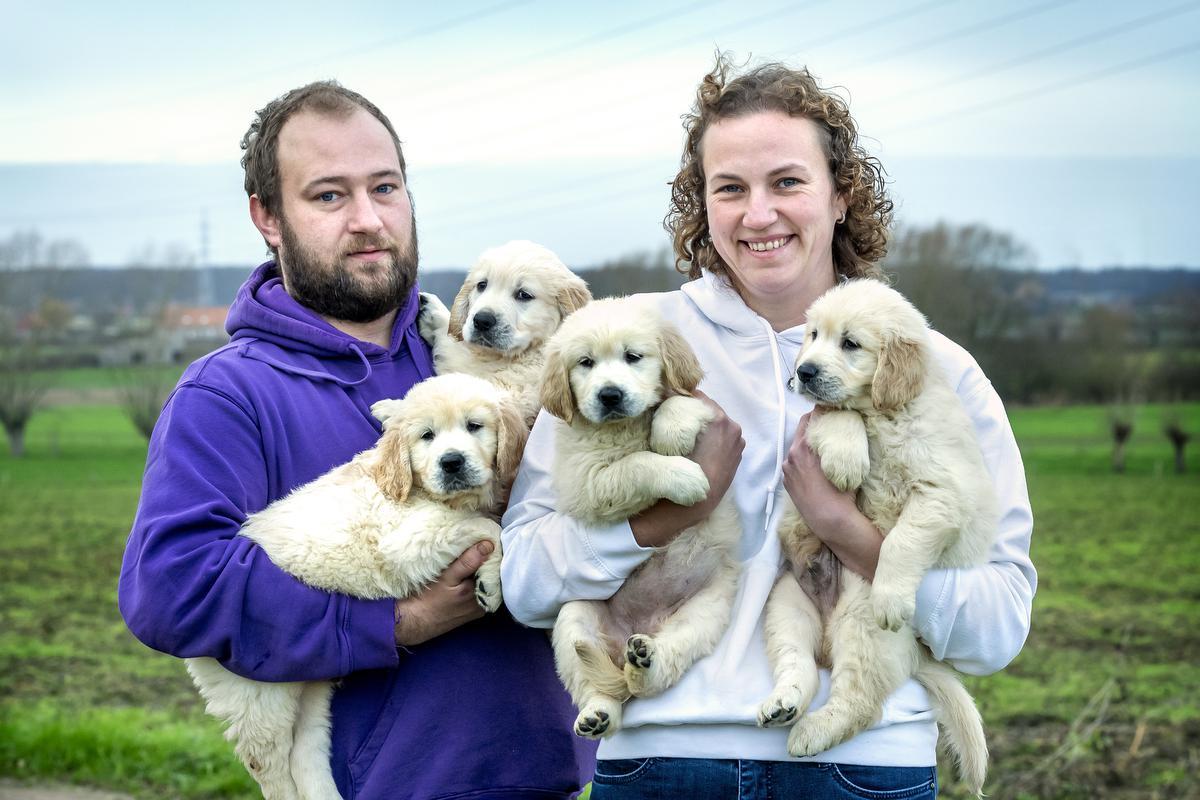 Femke Verleye (36) and Dempsey Kinsabil (32) opened Snows Golden Valley dog ​​boarding five years ago. Later, they also opened a kennel where Golden Retrievers are bred. At the end of December, they moved to a more spacious location in Kasteelstraat.

“We opened our dog boarding facility five years ago,” says Femke. “At the beginning, we mainly welcomed our friends’ dogs. Over time, other dogs were added. Initially, it was also the intention to host only Golden Retrievers. I lost my heart for this breed of dog. It started when my dad came home with a Golden Retriever. The owners wanted to get rid of the animal because they were moving into an apartment. In the meantime, not only dog ​​owners from Staden have found their way to our boarding house. People from the Kortrijk and Bruges region, and even from Antwerp and Brussels, are also our customers.

“In addition, there are also Golden Treats, which are our themed gift sets for dogs and cats. For example, we had boxes around the World Cup, Christmas and Sinterklaas, among others. The boxes contain sweets and toys for the animals. You can also buy the sweets, food and toys separately from us.

At the end of December, Dempsey and Femke moved from Oostnieuwkerkestraat to an old farmhouse in Kasteelstraat. “We mainly did this for dogs,” says Femke. “They have more space in our new location. We mainly let the dogs who are our guests play outside during the day. If the weather is bad, they can now go to a spacious hangar. Dogs who spend the night can then go to a second shed, while the shelter took place with us. The kennel is now completely separate from the boarding house, which is a requirement for animal welfare.

“By summer we will start with a boarding house for cats”

Femke and Dempsey also have other plans for their new location. “By the summer, we also want to open a boarding house for cats,” Dempsey explains. “We also want to launch a dog wash in the future where dog owners can have their pets washed themselves or by us, and we are also planning a store with food, treats and toys for dogs and cats. .”

On top of all that work, Femke still works as a night nurse at a residential care center, while Dempsey works as a carpenter.