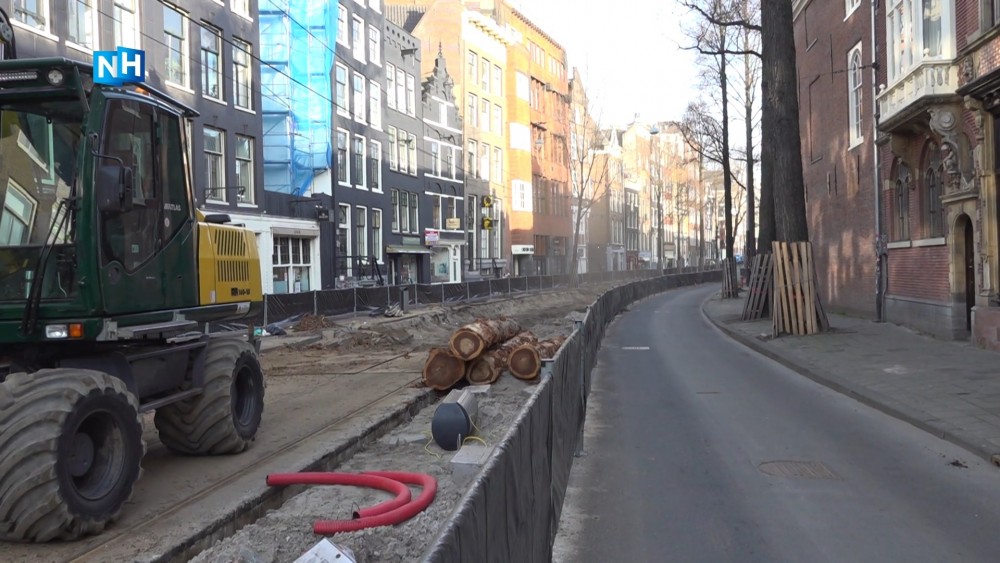 AMSTERDAM – To make way for work, five trees on Nieuwezijds Voorburgwal were cleared this week. These are healthy trees that stand in the way. “I will miss them, especially in the summer, the trees were beautiful when they were full of leaves,” says a local resident. Ultimately, twenty new trees will replace the five trees that have disappeared.

The Nieuwezijds Voorburgwal will be radically renovated in the coming period. That the trees will be felled has been carefully announced to the neighborhood and the neighborhood has been informed. The municipality also promised that more trees would be planted in place of the five felled trees. “But,” said an elderly resident of the neighborhood, “it will be years before they are the size of the trees that have now disappeared, I will not do this again.”

This resident is delighted with the way in which the municipality announced the felling of the trees. “It was explained in a neat letter that a number of trees had to be felled as part of the work on the orange carpet passing through the center.”

Space for cyclists and pedestrians

The new style of Nieuwezijds Voorburgwal will be greener and there will be more space for cyclists and pedestrians. 68 parking spaces will be closed. From now on, parking must be done in the Rokin car park. At the Postzegelmarkt there will even be a new park: the Postzegelparkje. The new public green space will include a water pump and a lowered play area which will also serve as a water reserve in case of heavy rains. The paths widen and a two-way cycle path will be created between Rosmarijnsteeg and Spui. This creates a continuous cycle route from the central station to Munt.

To be able to enjoy all this beauty, the Amsterdammer must have a little patience. Work began in January and the municipality hopes that the work will be completed in the second quarter of 2022. For now, the Nieuwezijds Voorburgwal remains a street to be avoided.