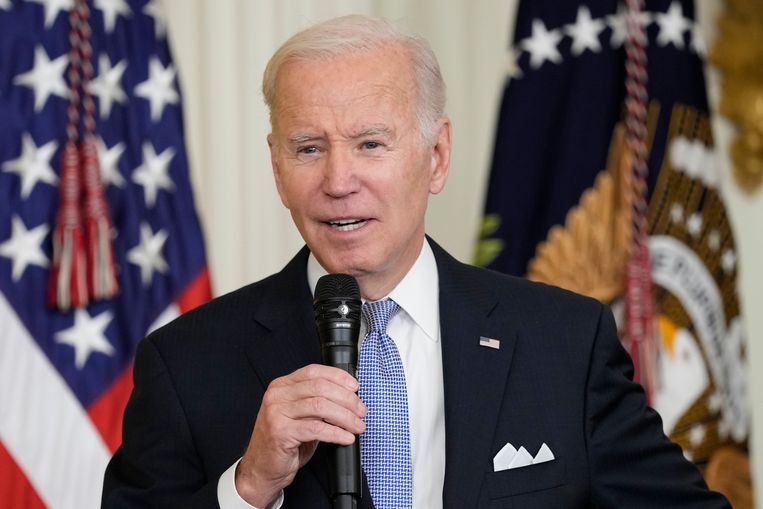 For nearly thirteen hours, FBI agents turned Biden’s residence in Wilmington, Delaware upside down. Six documents were seized. The documents date from Biden’s tenure as vice president under Barack Obama and, further, his tenure as a senator. Previously, confidential documents had been found in an old office and in his garage.

The issue is beginning to take increasingly painful forms for Biden. Former officials are required by law to turn over sensitive documents to the state. A complicating factor is the parallel with the criminal investigation into his predecessor, Donald Trump.

In August, the FBI raided Trump’s Mar-a-Lago residence after months of wrangling over the return of documents he took with him as president. Dozens were confiscated. Biden judged harshly at the time. “How can such a thing happen?” asked the president in a television interview. “How can someone be so irresponsible? He’s putting it back on his face now.

“I believed the president when the first documents were found,” Republican Congressman James Comer said. “That he accidentally put them in the wrong place.” This new discovery changes things, Comer says, “from irresponsible to simply terrifying.”

The White House never misses an opportunity to point out the differences between the two cases. The state never asked for Biden’s documents, while Trump ignored numerous warnings and even a subpoena. Biden’s team informed the justice itself and is cooperating with each investigation.

Special Counsel Robert Hur is leading the investigation on behalf of the Justice Department. On Saturday evening, White House spokesman Ian Sams stressed on television that the search was conducted with Biden’s “consent and cooperation”.

Yet Biden has made himself extremely vulnerable to criticism. On November 2, 2022, just before the midterm elections, employees discovered confidential documents in Biden’s former office in Washington D.C. A second discovery was made on December 20 in Biden’s garage. The White House chose not to disclose it itself in either case. The president now faces charges of hiding moons.

The original discovery only came out two months later after a revelation from the CBS news channel. Biden’s team acknowledged the discovery, but remained silent on the second. When NBC News reported on it again, the issue made headlines for the second time. Now the counter is at three. For critics, this begs the question: how many more will be released?

“Every day they seem to find more documents,” Republican Congressman Michael McCaul said Sunday. Republicans are using the question to cast doubt on the justice of the criminal investigations into former President Trump due to the documents and his role in the storming of the Capitol on January 6, 2021. They call the investigations biased.

On Sunday, however, there were also critics from his own corner. “I’m worried,” said Democratic Senator Dick Durbin. He describes the emergence of new documents as “unacceptable”. Sen. Joe Manchin said Biden “should feel a lot of remorse.” He calls on the president to take his “responsibility” and apologize.

Biden himself remains quiet. “I am what the lawyers want me to do,” he told a news conference last week. Biden then said he expected the matter to be “resolved quickly.” A day later, the FBI raided his home.