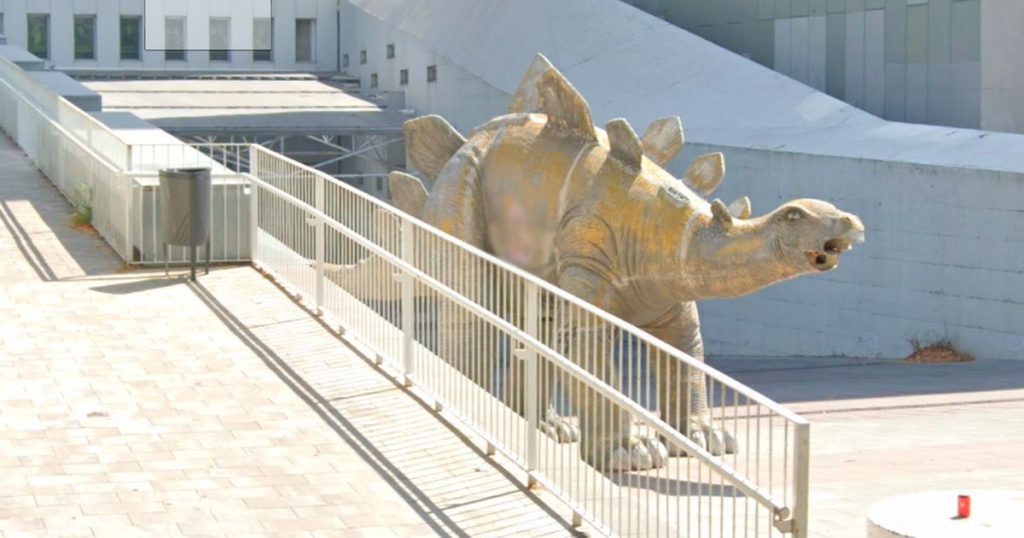 On Saturday, a body was found in a dinosaur paw, which is a decoration in a square in Santa Coloma de Gramenet. The man had been dead for some time and his body was in a state of decomposition.

A father and son who regularly played with the dinosaur smelled a strange odor, found the body, and alerted the police. Eventually, the firefighters had to help free the body from the leg. They must have seen the leg open for this.

Catalan police have now opened an investigation but are currently not considering a crime. The police assume that the man himself climbed on the dinosaur. At the top are some openings he probably fell into. “We suspect he dropped his cell phone and tried to retrieve it. In doing so, he probably fell with his head down. He may have passed out in the process. He was also completely stuck when we found him, ”police said.

The dinosaur is a decoration of the Cubics building on Avenida Francesc Macia in Santa Coloma de Gramenet. It is forbidden to climb on it.