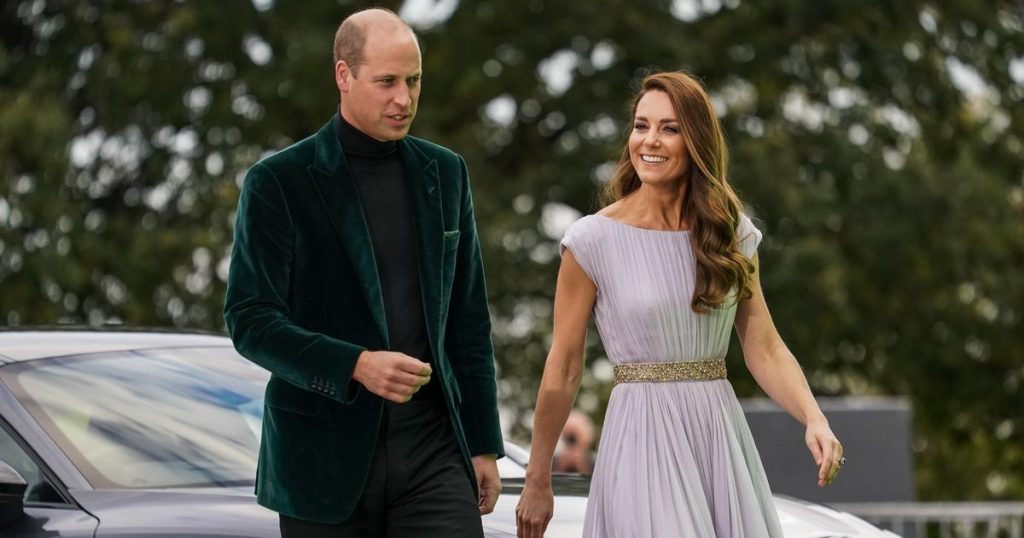 The reactions of subscribers rained on social networks, especially about the green velvet jacket the prince wore, paired with a turtleneck and black pants. The garment is by Reiss and was previously worn by William at a charity gala in 2019. “Oh my God William! He can play the new James Bond in that outfit, “one fan wrote. Another said,” It’s his best look ever, it’s royal in a modern way. Catherine is beautiful as always, but as far as I’m concerned, William won the fashion battle tonight.

Catherine wore an Alexander McQueen dress from 2011, with which, like William, she wanted to promote sustainability. Royal fans are very pleased that the Duchess often appears in previously worn clothes.

The five environmental awards to share were presented by several celebrities, including Liverpool footballer Mo Salah and actress Emma Thompson. Catherine also presented one of the prizes. There were also performances by Coldplay, Yemi Alade, Shawn Mendes and Ed Sheeran.

This year, the cash prizes went to the city of Milan, which is doing a lot to reduce food waste. A coral reef restoration project in Australia was also awarded, as did Costa Rica for restoring the country’s forests. In 2022, the awards will be presented in the United States, William announced at the end of the program.