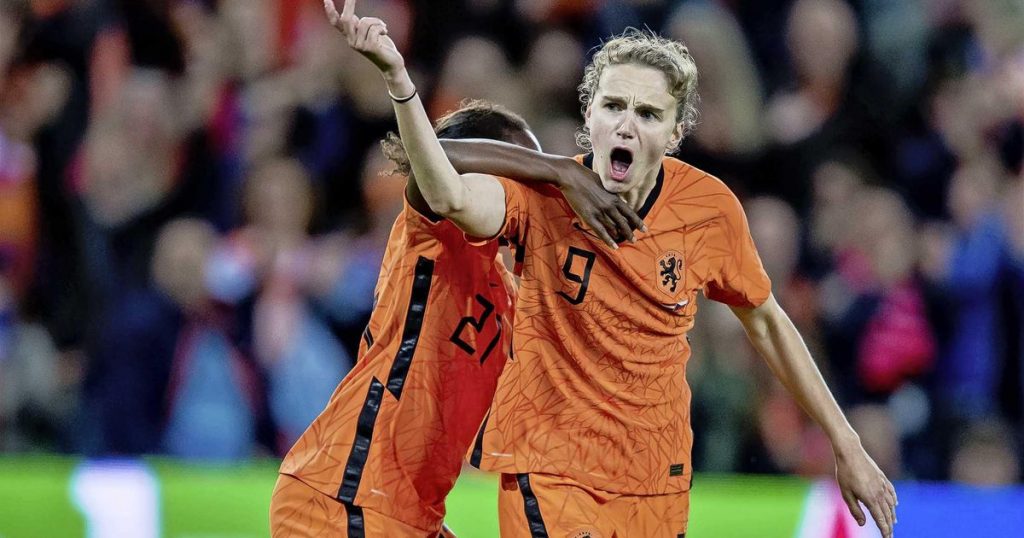 Shortly after the restart, the Czech Republic took the lead thanks to Andrea Staskova. The Netherlands followed only in the 83rd minute, thanks to top scorer Vivianne Miedema. It was the first game for the Dutch team led by Mark Parsons. The Englishman took over from Sarina Wiegman as national coach this summer.

The Orange failed to gain distance against the Czechs before half-time, although the chances were there. Jackie Groenen shot wide in a free position, Stefanie van der Gragt saw a nice volley stopped by goalkeeper Barbora Votikova, Miedema missed the goal with a header and Shanice van de Sanden got the ball before kicking, but didn’t. did not.

Goal against after half-time

Then things took a turn for the worse for the Netherlands shortly after the recovery. Staskova scored on one of the Czech reserve attacks. She took the ball well and passed goalkeeper Sari van Veenendaal in a controlled manner. The Czech Republic had already scored in the first half, but that goal was dismissed for pushing.

With Lineth Beerensteyn for Van de Sanden, the Netherlands have launched an offensive. It was only after Lieke Martens shot at the bar that he was equalized in the 83rd minute. Miedema scored on a pass from Anniek Nouwen. Substitute Victoria Pelova then hit the post as well. Sherida Spitse made her comeback after nearly 70 minutes. The international record was missing at the Olympics because she was injured shortly before the start of the tournament.

The final round will be played in New Zealand and Australia in 2023. The next match in the Orange series is against Iceland next Tuesday. The Netherlands have already qualified for the European Championship, which will take place in England next year. At the Tokyo Olympics, Orange was eliminated in the quarter-finals by the United States, where he also lost the World Cup final in 2019.

Van Veenendaal was clear in his response. “I have a bad feeling, it wasn’t great. But we’re not going to look for excuses, we never have, “she told the we. “We knew it wouldn’t happen on its own,” Van Veenendaal continued. “We just had to play good football to beat this opponent. Sometimes we might have done it, but 1-1 just isn’t right. It is up to us, we can be clear about it. Next week against Iceland, it really has to be better.

Miedema agreed. “We weren’t good enough. Frustrating. We wanted to start well after the Olympics, but we did not succeed. Of course, it’s good that we at least equalize, otherwise we would have made it very difficult for ourselves. “

“But we should have won,” continued the striker. “And we didn’t. The fact that we got a new coach, that things changed, that’s an apology, that wasn’t it. We all knew what to do. We didn’t do well enough. made.

New national coach Parsons also voiced great disappointment. “All was not good, although the second half went better than the first. We created enough chances against this very disciplined opponent, but we didn’t do enough with them. But we played with a lot of energy, we did our best and at least that resulted in the equalizer.