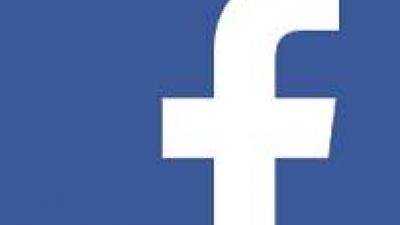 In the US and New Zealand, Facebook is the best at filtering ads properly. Only 1% escapes it. Even if in the United States it still makes about ten thousand advertisements. Facebook has the worst score in Malaysia, where 45% remain under the radar. Belgium lies between the two, in 28th place of the 58 countries surveyed, with almost nine percent.

“Facebook failed to detect undeclared political advertisements from almost all Belgian political parties,” explains Victor Le Pochat, doctoral student at imec-DistriNet (KU Leuven) and FWO candidate. Globally, Facebook was bad at distinguishing political ads from non-political ads. So, at the end of the day, Facebook users and advertisers are misled: It is not clear whether an ad is actually politically charged, or whether the ads are mistakenly removed because Facebook thinks they are political. “

Facebook made its own rules in 2018 for “ads about social issues, elections or politics”. The Brexit referendum and the 2016 US elections drew a lot of criticism on the social network about how colorful news or misrepresentation could spread. Now political ads will have a label indicating who pays them. Facebook relies primarily on civic-mindedness and expects advertisers to self-identify whether their ads relate to social, electoral, or political issues. But not all advertisers do. An algorithm then tries to identify these undeclared advertisements. This study showed varying degrees of success.

Facebook could take simple steps to improve detection of political ads, but has previously indicated that it is not very supportive of this.

The limitations of screening are detrimental on two levels. You have the false negatives, the political ads that are not recognized as such. These affect the reliability of Facebook and its own regulations. At the same time, they open the door to malicious advertisers and disinformation. But Facebook also mistakenly recognizes many advertisements as political, false positives. It also erodes confidence in the way the platform enforces regulations, and it ensures that important social information, for example on COVID-19, does not reach the public.

The researchers are also making recommendations that could be useful for legislative work currently underway in the EU (for example, the Digital Services Act) and the United States. The researchers’ recommendations aim to ensure that Facebook better follows and enforces its own rules. Facebook must therefore:

closely monitor the pages of clearly political parties, candidates and organizations, and require that all their advertisements be marked as political advertisements;
impose consequences for breaches of the rules, such as taking pages offline or banning advertising;
invest enough in a system that works globally and takes into account the local context. Facebook must therefore enter into discussions with local government, local regulators and organizations; clarify what they mean by “political” advertising.

“Facebook could therefore take simple steps to improve the detection of political ads, but has already indicated that it does not feel very much in favor of this”, explains researcher Victor Le Pochat (KU Leuven).